Parkhotel Neubrandenburg
Lowest prices for your stay
Lock in the lowest price from these sites
US$115
Free cancellation until 21/07/02
View deal
TripadvisorUS$115
Priceline
Agoda.comUS$115
* Prices are provided by our partners, and reflect average nightly room rates, including taxes and fees that are fixed, known to our partners, and due at time of booking. Please see our partners for more details.
YorkshireAviator
Yorkshire
191117

Since my previous review,a proper double bed has been provided ( in the same type of room as I had previously) ,and the bathrooms have been given better shower cubicles.A couple more additional coat hooks have appeared.
The room decor has been generally improved.Breakfast now has better teas,and a good supply of boiling water.
The efficient and helpful staff ( a family run hotel) are as before.
The hotel,for a three star place without bath or air conditioning,is now very good indeed,and far more practical than many " boutique" follies.Indeed,I have recently been to two very fancy places without even proper fire escape stairs- Parkhotel has TWO external stairs.

Room tip: The balcony rooms are bigger and better ventilated.
Trip type: Travelled as a couple
See all 37 reviews
Nearby Hotels 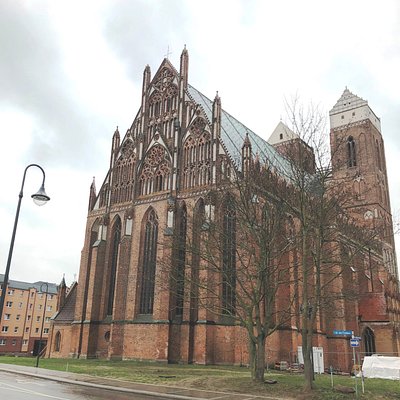 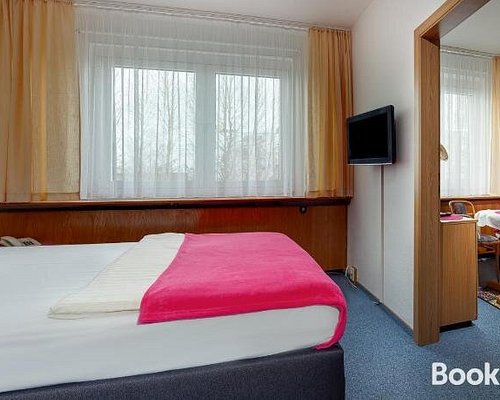 Quiet location, a bit away from downtown. Easy parking. Very good, abundant breakfast.
Very clean.
The room was on the small side. Really small bathroom. I had to use my computer, and things were tight, on the small table, close to bed and bathroom.
However, as a halt between two far away places, it worked well.
Staff was very nice and helpful.
Would stay again.

This review is the subjective opinion of a TripAdvisor member and not of TripAdvisor LLC
KnutM
Oslo
2517
Reviewed 22 August 2017
Very good value for money, very good service

I found this hotel via POI in my GPS, name sounded ok. Turned out to be better than ok, ideal for a motorcycle rider with no booking in advance. And no desire for city life or noisy environment.

Friendly and helpful staff, even provided me with a locked garage for parking my bike. With a nice restaurant next door I had all I needed.

This review is the subjective opinion of a TripAdvisor member and not of TripAdvisor LLC
YorkshireAviator
Yorkshire
191117
Reviewed 16 August 2017
.Good value,and could be good at any price with a few changes.

This hotel is in an excellent location,overlooking the park between the walled town and the Tollensee.The distance from the ring road surrounding the mediaeval walls is suffiecient for the early mornig traffic not to be disturbing,but two good restaurants are less than ten minutes' walk to the north.
We did not use the hotel's own Southern ( ? Spanish /Greek/ Italian) themed restaurant in the evening,but used it for breakfast.This had some items(. sausage,scrambled and other eggs) beyond a basic buffet,but there were a few deficiencies- no form of jam or marmalade was present,and the good teabags were wasted owing to a lack of boiling water.The plastic flasks of 'hot' water were depressing,especially as an empty water boiler stood next to them.
Following an upgrade, single rooms have been combined to form rather odd doubles
with two tiny identical shower rooms and a pair of single beds placed together with a very obtrusive wooden member between.If the beds were replaced by a usable double,these would be good spacious rooms with the benefit of a new good sized balcony.The other ( inexpensive) change which I would suggest is the addition of an opaque lining to the very thin curtains,
The lack of a bath is normal in a hotel of this price,and the bathroom design was otherwise very practical.
Storage in the room was very good. and there was a fridge.Although not airconditioned, the good window opening( with flyscreens) ,and shelter from sun,kept conditions cool after a 25 degree day.
Reception staff were all friendly and efficient.

This review is the subjective opinion of a TripAdvisor member and not of TripAdvisor LLC
385j_rns
Aalsgaarde, Denmark
559
Reviewed 16 March 2016 via mobile
A clean and safe hotel

It's a nice hotel, clean and have all needed. Nothing special but for the prise it's all good.
Located very central. Service relaxed and friendly. Speak English without problem if needed. Close to nice places.

Stayed one night at the Parkhotel with the family. The hotel staff was friendly and helpful. We had a room with a balcony which was reasonably large (created from two previously separated rooms, hence two bathrooms). The pet fee was reasonable (5 Euro). The breakfast was alright given the room price, albeit not mindblowing. The hotel location is convenient - easy parking, close to a large park, 5 min walk to the old town. Overall, the best of the three Neubrandenburg hotels we've been to so far.
No major downsides that we noticed. My wife noticed a smell in our room, which perhaps used to be a smoker's room earlier on. Given the overall experience, the room price seemed OK to us.

Room tip: Large double room (the ones with two bathrooms) with a view to the park
Ask thearndt about Parkhotel Neubrandenburg
1  Thank thearndt