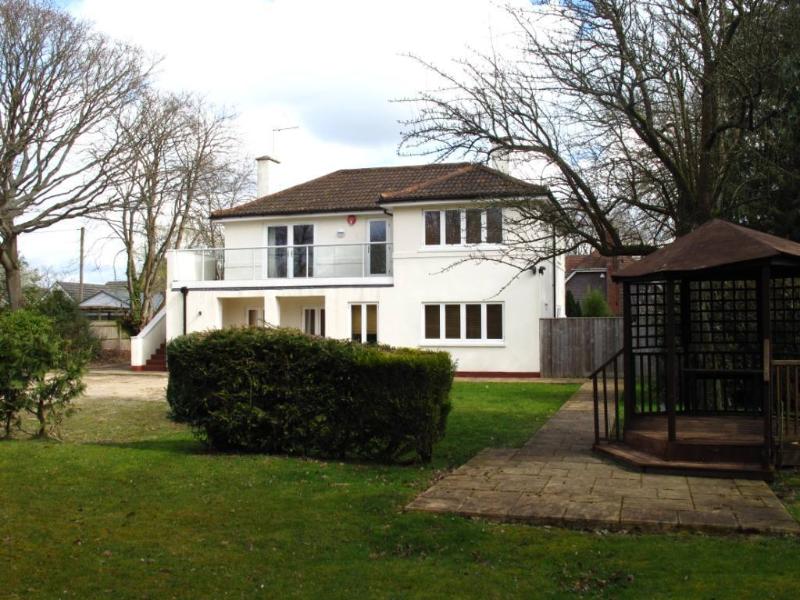 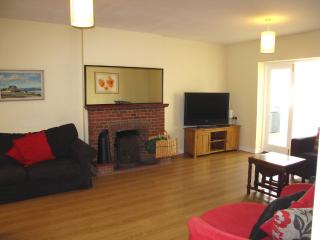 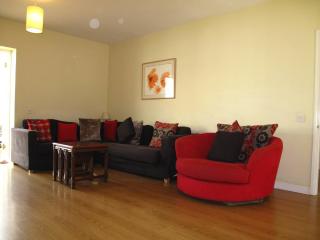 Very good - based on 19 reviews
Write a Review

The house was lovely, great for all the family to stay together but still have lots of space!! Even our family dog was allowed to stay!! And she thoroughly enjoyed the great walks right on the doorstep! We would love to stay again - in the summer would be wonderful with the beautiful garden and little play house and trampoline for the grandkids!

Date of stay: December 2018
Would you recommend this hotel to a friend?   Yes.
Was this review helpful? Yes
This review is the subjective opinion of a TripAdvisor member and not of TripAdvisor LLC
Always good to hear that Meadow Lodge has worked its magic on the perfect family getaway. Something for everyone.
This response is the subjective opinion of the management representative and not of TripAdvisor LLC
Problem with this review? Thank you. We appreciate your input.

On arrival the property was spotless and in good condition. There were sufficient bedrooms upstairs to cater for us all, which left the downstairs bedroom unused. We were a bit wary about there only being two bathrooms but it was never an issue.

Downstairs there was a nice big lounge with a TV and a pile of DVDs. We also found the remote control for the DVD player nearby but no DVD player? Two of the bedrooms had a small TV which was capable of playing DVDs but not much use if the whole family wanted to watch a film.

Also downstairs was a very large well equipped kitchen and dining room easily capable of catering for ten people. A large conservatory at the back of the house was what we used for all meals and it led out into a large back garden, which was ideal for the children. On the patio there was a gas barbecue. I'm not sure whose responsibility it was but the gas bottle was empty and part of the barbecue had been badly burned and charred.

A short walk from Meadow Lodge is a childrens playground and just across the road from there is the New Forest and loads of long walks through lovely scenery.

During our stay we visited Lepe Park, which was nearby and great for the children. We also spent a day at Milford on Sea, which was very nice and not at all crowded despite it being Bank Holiday weekend.

Mention has been made by other visitors about how nice the pub at the end of the road was and all I can say is that we must have caught them on a bad day!!

Overall we had an excellent holiday and would like to extend our thanks to New Forest Holiday Lets who couldn't have been more helpful with the booking.

Date of stay: May 2018
Your age range 65+
Would you recommend this hotel to a friend?   Yes.
Was this review helpful? Yes
This review is the subjective opinion of a TripAdvisor member and not of TripAdvisor LLC
Problem with this review? Thank you. We appreciate your input.

We stayed here for a week again (our second visit) Our assorted ages were 2-69. Good for my disabled husband a wheelchair user. Loads of space in house & garden- the kids loved the trampoline especially
Great family friendly pub " Glen' very close by- Also "The Heath" nice pub but no play area
We'll definitely be back next year ☺

Date of stay: May 2017
Was this review helpful? Yes
This review is the subjective opinion of a TripAdvisor member and not of TripAdvisor LLC
Thank you for your review of Meadow Lodge it is always appreciated to receive good feedback on our properties. We are so pleased you enjoyed your stay as this is always our aim and we look forward to seeing you again.
This response is the subjective opinion of the management representative and not of TripAdvisor LLC
Problem with this review? Thank you. We appreciate your input.

6 adults, and 3 children stayed for a week. Good accommodation with plenty of space. Excellent kitchen facilities and great we could all sit down together to eat including a high chair .Only downside would be a stair gate top and bottom of stairs would have been helpful and an extra bathroom in the mornings!. Nice touch to have fresh flowers, wine and milk on arrival and a courtesy call to see if everything was ok.

Date of stay: August 2016
Liked best: clean tidy and spacious
Liked least: lack of bathrooms in the mornings
Travelling group: Extended Family
Would you recommend this hotel to a friend?   Yes.
Recommended for:
Was this review helpful? Yes
This review is the subjective opinion of a TripAdvisor member and not of TripAdvisor LLC
Problem with this review? Thank you. We appreciate your input.

Good location, nice and close too the New Forest. It was a nice property , but was in need of TLC. Some radiators were faulty and the Fridge should have been twice the present size!!! Very quite and dark at night. The local pub 100yds was very good with a wide range of meals. My vegy daughter was very pleased with the menu and ths food was good all round.

Date of stay: May 2016
Liked best: plenty of space for the children
Liked least: knowing where all the utensils were ?
Travelling group: Young Children
Would you recommend this hotel to a friend?   Yes.
Recommended for:
Was this review helpful? Yes
This review is the subjective opinion of a TripAdvisor member and not of TripAdvisor LLC
Problem with this review? Thank you. We appreciate your input.
Previous Next
1 2 3 4 5
Updating list...
Do you own a holiday rental? List it here.

Looking for a place to stay in New Forest?
View all 299 holiday rentals