Booking.com
Priceline
CheapTickets
View all 7 deals
* Prices are provided by our partners, and reflect average nightly room rates, including taxes and fees that are fixed, known to our partners, and due at time of booking. Please see our partners for more details.
Lukas K
Bern, Switzerland
11

Wilolesi with a nice view but...

We were based at Wilolesi for one week. The views are really nice and the rooms ok and clean. However, the restaurant was not clean at all, the internet wasn't working "because they forget to renew the subscription" and we had no electricity during one night and one day. One morning, they also "forgot" to prepare breakfast. The staff although quite friendly was overwhelmed with easy request and tried to find obscure reasons why we should pay more for our stay after 3 days. Although OK for a night, I would not recommend it for longer stays and only if you have a car.

See all 11 reviews
Nearby Hotels 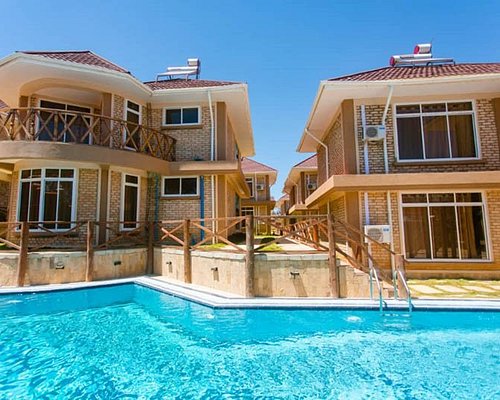 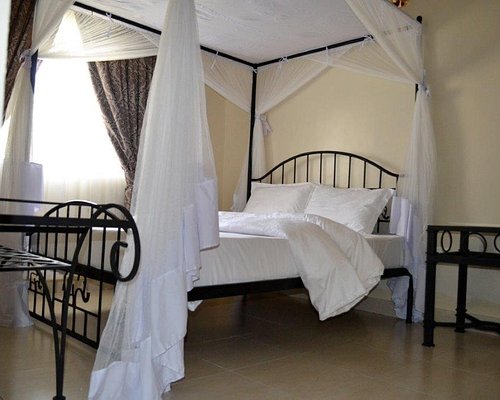 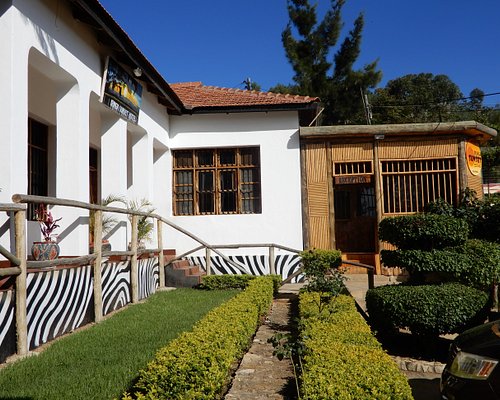 Several holes in the mosquito net, one I could have put my fist through. There had been attempts to mend almost all of these (not properly though, of course) so they were not caused recently. Luckily I had cellotape with me for this reason specifically.

Luckily I also had earplugs because a generator or water pump kept coming on intermittently throughout both nights I stayed there. I didn't ask for a different room because this could be heard in all the cheaper rooms. I mentioned this to the manager, she shrugged her shoulders and didn't seem to know anything about it. Curious, wouldn't you say?

Had great burger and chips first time I used the restaurant (which is a large, depressing room with blacked out windows, not what the website shows) but by the second day, they started running out of food, there was no coffee at breakfast and there were only 2 or 3 options available on the menue for dinner.

The staff also struggled with English, as in 'didn't speak any'. Not that people should of course, I chose to learn some Swahili before I arrived in Tanzania, but the website promotes itself as a place for international guests. I paid USD 55 per night to stay there in a cottage. I could only arrange a taxi to the airport because I knew how to arrange it in Swahili time. Anything slightly more complicated was impossible and the Manager wasn't around much of the time.

When I booked, little did I know that Wilolesi Hilltop Hotel had been turned into a Hostel for students apparently. It was certainly run like it.

On my day of arrival I saw the manager count large wads of 10,000 shilling notes with some guy out at the front, I think a tiny fraction of that money could be spent on decent mosquito nets and stocking up the kitchen. The food was good when it was available.

I stayed there during Christmas and there was no management around on the 25th (when we started running out of food even though shops were open in Iringa) and when she showed up just before I left on the 26th, she asked me how my stay was. When I told her, she rudely asked me if I was going back to my country some time soon.

I was very happy to get out of the place, don't recommend staying there.

This review is the subjective opinion of a TripAdvisor member and not of TripAdvisor LLC
Packitang s
iringa
72
Reviewed 3 December 2014
Amazing Place to stay.

Awesome view of the Iringa, it is located in good location and accessible by car every time of the year, friendly hotel staffs and nice spot.
The most amazing this in this hotel is anything you need, you get it on time as stated, it incredible and lovely.
Cheers.

This review is the subjective opinion of a TripAdvisor member and not of TripAdvisor LLC
AthanasA
Saint-George, Switzerland
5533
Reviewed 26 June 2014
Clean rooms and good conference facility

We used the Wilolesi Hilltop for a workshop recently and found it quite up to the task. The conference room was large and sufficient for our needs, though the projector didn't work…something wrong with the electricity hook-up in the facility. There is wifi throughout most of the compound, and good food. The staff are friendly and helpful. Rooms vary considerably, with singles (cheapest) being small and simple, but doubles much more spacious and comfortable. There are also cottages and suites, so lots of accommodation for participants. Perched on top of a hill overlooking the city, it is in a beautiful location.

Room tip: If you have the money, go for the double.
Ask AthanasA about Wilolesi Hilltop Hotel
Thank AthanasA

This review is the subjective opinion of a TripAdvisor member and not of TripAdvisor LLC
rrivapg
Mexico
2826
Reviewed 13 March 2014
Great view, excellent service and free WiFi

If you are planning to be in Iringa for pleasure or business this is a very good option. Staff was excellent; they helped us in everything we need. Hotel has great city view, good food, nice place to relax after busy day and free WiFi.

This review is the subjective opinion of a TripAdvisor member and not of TripAdvisor LLC
608annsalem
Zanzibar Island, Tanzania
199
Reviewed 20 February 2014
Great view

I would recommend this place to stay in Iringa. It is at the top of the hill and the view is beautiful. It is a simple basic hotel with friendly staff and not pricey as compared to the more popular hotel of Sai Villa. The restaurant is however not the best and tehy serve more local type food.This is my hotel of choice in Iringa.