The staff are spectacular the lake... - Fairmont Chateau Lake Louise

US$552
US$448
View deal
Booking.comUS$521
Hotels.comUS$520
TraveluroUS$552
View all 17 deals
* Prices are provided by our partners, and reflect average nightly room rates, including taxes and fees that are fixed, known to our partners, and due at time of booking. Please see our partners for more details.
E5029FInicolem
63

The staff are spectacular the lake views are unforgettable!

We stayed in a room with a king size bed that faced the Lake. Due to the wildfires we didn’t have the best views (smoke) but that is no fault of the hotel but the views we did have were absolutely breathtaking. I can’t compare the stuff at this Fairmont to any other hotel I’ve ever been they were just top-notch. Friendly knowledgable and if they weren’t experienced they certainly didn’t show it. Any questions or concerns we had were met with a very quick response. this hotel is very pet friendly which I love. The gardens were just immaculate so well cared for and such a great selection to view. Thank you Fairmont we will be returning to Fairmont in the future!!More 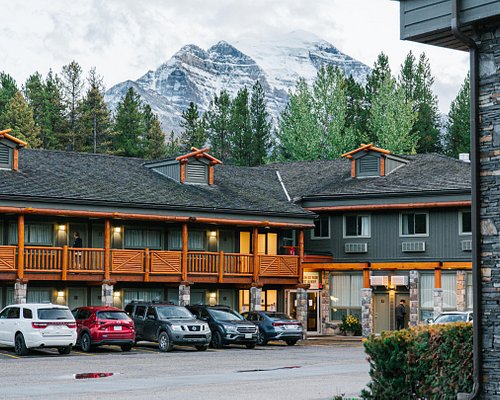 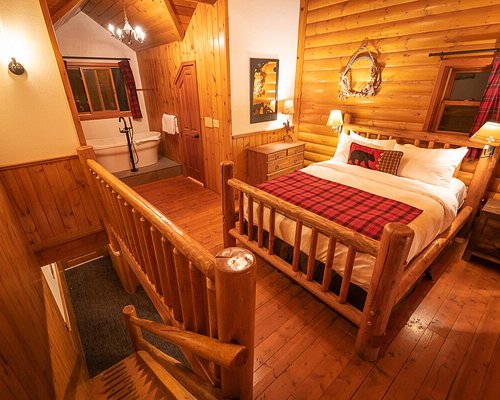 Top Rated
Baker Creek Mountain Resort
US$301
Booking.com
View deal
Reserve now, pay at stay
Expedia.com
US$300
Priceline
US$301
Hotels.com
US$300
View all 16 deals from US$298
1 527 reviews
12.9 km from Fairmont Chateau Lake Louise
We compared the lowest prices from 16 websites 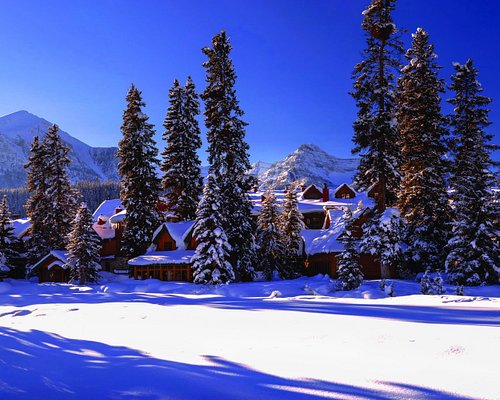 Post Hotel & Spa
US$599
Booking.com
View deal
Reserve now, pay at stay
Priceline
US$599
Agoda.com
US$604
FindHotel
View all 7 deals from US$599
1 289 reviews
2.7 km from Fairmont Chateau Lake Louise
We compared the lowest prices from 7 websites
11% less than usual
Lake Louise Inn
US$221

Taking safety measures
We compared the lowest prices from 19 websites
Deer Lodge
US$177
US$156
Booking.com
View deal
Free cancellation
Reserve now, pay at stay
Priceline
US$156
Expedia.com
US$156
Trip.com
US$177
View all 17 deals from US$156
2 392 reviews
0.5 km from Fairmont Chateau Lake Louise

From the moment we called for a last minute room to the minute we left every member of staff we encountered was extremely helpful and friendly. They made us and our puppy feel very welcomed and were happy to help with anything we enquired about. I can't wait to have another excuse to stay again!

This review is the subjective opinion of a Tripadvisor member and not of TripAdvisor LLC.
51preetd
1
Reviewed 29 July 2021 via mobile
Spectacular view from our room - Lake Louise

It was interesting to note that the staff working there was from all over the world and what inspired them to move to Lake Louise.

Bar had a great selection of cocktails and spirits! Bar and restaurants have amazing view of the lake!

Very interesting history behind Fairmont Lake Louise and how it evolved and attracted tourists!

We had a great time in Lake Louise. Also Don’t forget to visit Lake Morraine :)

This review is the subjective opinion of a Tripadvisor member and not of TripAdvisor LLC.
JtotheRock
Edmonton, Canada
2
Reviewed 28 July 2021 via mobile
Not worth the $

We chose a lake facing room for the view. The room had no a/c, so we weren’t able to have the curtains open for any length of time because the room would get too warm. A Dyson fan was provided, in addition to the ceiling fan, but then you have noise and wind, which wasn’t exactly relaxing.
We had hoped to relax in the room a bit in the early evening, but a neighbouring dog would not stop barking and whining. We decided to leave and explore instead.
Upon returning for sleep, we discovered that our window howled in the wind. It did not matter how we adjusted things - nothing helped, so we were stuck with that sound for most of the night.
The room was clean, as was the hotel and grounds, and most staff were kind and helpful. But for $700+ a night, we are not convinced that it is worth it.

This review is the subjective opinion of a Tripadvisor member and not of TripAdvisor LLC.
GauravTO
Toronto, Canada
7062
Reviewed 28 July 2021
Super location, lovely guest services

What a lovely property, guest services is excellent. All the staff members are keen to ensure you have a great experience. Can't get better location than this anywhere in the world. Well maintained and kept hotel.

This review is the subjective opinion of a Tripadvisor member and not of TripAdvisor LLC.
Vettlid
2
Reviewed 28 July 2021
Beautiful location, stunning and majestic

This grand hotel is an experience one will never forget. Being right at Lake Louise, and walking through the incredible lobby and restaurants of this hotel, cannot be described enough to do it justice. Highly recommend this hotel to anyone who can stay here during your Lake Louise or Banff holiday.

Room tip: Try to get lake view as it is so beautiful
Ask Vettlid about Fairmont Chateau Lake Louise
Thank Vettlid

This review is the subjective opinion of a Tripadvisor member and not of TripAdvisor LLC.
View more reviews
PreviousNext
1…192021…