Hotel Galeria del Angel
Lowest prices for your stay
Lock in the lowest price from these sites
US$46
View deal
PricelineUS$46
eDreamsUS$46
FindHotel
StayForLong
Expedia.com
Hotels.com
View all 12 deals
* Prices are provided by our partners, and reflect average nightly room rates, including taxes and fees that are fixed, known to our partners, and due at time of booking. Please see our partners for more details.
Glenn22
Vancouver
7886

Nice hotel - but been let go

¡En esta hotel, todo fue sucio, sin atención o cuidado! Otras hoteles pequeños en Mexico a veces son viejo pero muy limpio - pero no aquí!!! This hotel looks good from the outside but has been let go inside. Lobby restaurant has thick layer of dust on everything and appears never to open. Pool has no chairs, no water movement, not clean, with staff personal laundry drying on the pool deck. The room was grubby and smelled like it had no fresh air in months. I have stayed in many small hotels in Mexico and often they may be old and worn, but clean clean clean with bleach. This is the opposite - not so old but feels like nobody cares or does anything. Reception didn't even care when I told him we're not going to stay there!!! It was Mexican school holiday week and most hotels in Huatulco were totally full - there's a reason why this one felt almost deserted - only with a few guests to be seen!!!More

Report response as inappropriateThank you. We appreciate your input.
This response is the subjective opinion of the management representative and not of TripAdvisor LLC
See all 7 reviews
Nearby Hotels 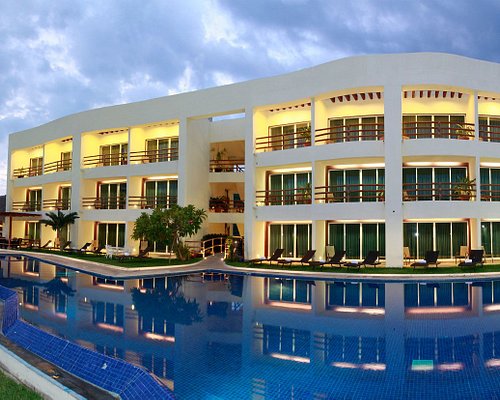 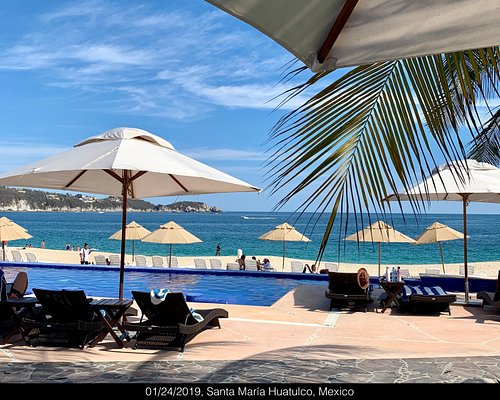 Taking safety measures
We compared the lowest prices from 16 websites
All Inclusive
Las Brisas Huatulco
US$289
Booking.com
View deal
Free cancellation
Expedia.com
US$165
Destinia.com
US$145
Priceline
US$165
View all 19 deals from US$145
9 416 reviews
3.1 km from Hotel Galeria del Angel