US$261
US$207
Free cancellation until 21/09/26
View deal
HIExpress.comUS$207
PricelineUS$207
Hotels.comUS$207
Orbitz.comUS$207
TravelocityUS$207
getaroom.comUS$261
View all 19 deals
* Prices are provided by our partners, and reflect average nightly room rates, including taxes and fees that are fixed, known to our partners, and due at time of booking. Please see our partners for more details.
Mark J
Cove, Texas
17691

Could use an update. Very clean

We have stayed at worse, but also better. The room was clean, but it could really use some maintenance. I'll leave it at that. It was comfortable, and the buffet was very good. The staff maintained great cleanliness and sanitizing throughout the visit. They were out of shampoo and possibly bar soap. Never seen this before. I guess deliveries are still a little sluggish. But our room hostess did actually bring us some of her own shampoo, so very good on helpfulness.

Sponsored
Sandyport Beach Resort
US$492
US$313 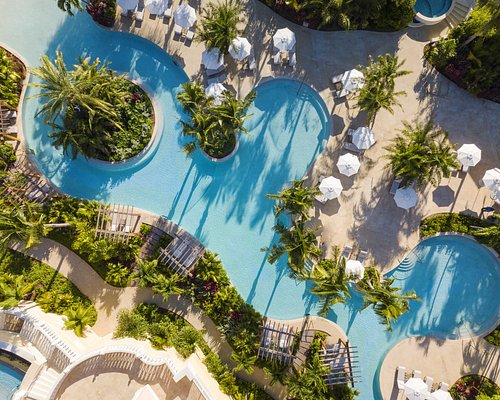 Room was adequate.
Pros: right on junkanoo beach, walking distance to Nassau area, kicking air conditioner
Cons: room was not clean, towels not clean, pool bar not staffed.. ever. Staff was more interested in taking care of themselves than guests. During breakfast they would ignore guests while they prepared food for themselves and what I can assume was their families. They were having things like omelette s while guests waited for food to be filled at the buffet. On Friday night they had a karaoke party with food for what looked like staff and friends, whoever it was there was loud not good singing until about 11pm, was not a great stay.
Not the worst stay I have had but for the price maybe the worst value.

On a side note, the restaurants in the Bahamas are all insanely overpriced for the uninitiated. Plan for $150 for four people to have a decent meal. There is a McDonalds and BK nearby if that's your thing on vacation.

This review is the subjective opinion of a Tripadvisor member and not of TripAdvisor LLC.
djtrinivibes
Bronx, New York
220477
Reviewed 21 July 2021 via mobile
Great location great Super friendly staff

We had the pleasure of staying at this lovely hotel in Nassau Bahamas . Let me get this off first. The out the room facilities was great but the rooms seemed a little dated . On our floor they seemed to be finishing up on some minor construction. No biggie. Staff was amazing. Free breakfast was so convenient and was so good. Saved us a lot of money traveling with the kids. Cleaning staff was always there when we requested anything. Pool was great to relax in at night. Front desk staff was so amazing. Kendra helped us with local tours, car rentals and even calling us cabs without any problems. This hotel was right across the street from the beautiful Junkanoo beach. Very centralized to great restaurants and the main shopping areas. This hotel even had an on-site nurse who gave us rapid COVID test in order to return to NY. Which was so convenient. $35 per person. Test was emailed to us in hours. This hotel needs some minor work but I would def stay here again.

This review is the subjective opinion of a Tripadvisor member and not of TripAdvisor LLC.
finstotheleft6
3
Reviewed 13 July 2021
Not as expected from the Holiday Inn name

This hotel was not a all what I expected from the Holiday Inn name and totally not worth the price I paid. The walls were peeling, the cover from the exhaust fan was missing, the fridge kept running, put wasn't cold. The room was extremely humid as the air conditioner couldn't keep up. The floor seems grimy. The sheets had stains.
The breakfast was delicious, but it took quite some time to receive it.
There was a locked gate to the main street, that was propped open with a large rock.

This review is the subjective opinion of a Tripadvisor member and not of TripAdvisor LLC.
327beryll
New Jersey
108
Reviewed 2 July 2021
Not What We'd Thought We'd Get...

If you like a sub-par hotel experience for $200+/night, this is the place for you!!

The room was ok but noisy. The windows were filthy. There were big rough patches on the fake-tiled shower wall. Turns out the shelves that hold toiletries had been ripped out & were stored under the vanity countertop. We were told the hotel's handyman went to the store for glue but because it was Friday afternoon, the store was closed so no shelves till Monday! Doesn't he live in the Bahamas & know what times shops are open? Well, we didn't really need shelves in the shower as there was only 1 bar of soap for both the sink and shower & no other toiletries at all! Also only 1 washcloth...that's ok, my husband & I share!! When I asked housekeeping they said there were no more washcloths & no other toiletries!

Friday night was karaoke night by the pool. From our room it sounded like loud screeching. There was also a private party participating that totally ignored the 10pm noise curfew. When we went down at almost 11 to ask the desk clerk to end the noise, she was out at the party & offered an attitude when she was called in to meet with me. There were a few police in the lobby just sitting around who also did nothing to help control the noise.

In addition, there was a working ice machine only in the lobby. Ice machines on each floor were out of order. Apparently all the ice had been used at the private party & none was left for other hotel guests. Riding down to the lobby, I shared the elevator with a dead cockroach and reported this to the front desk clerk. The following morning it was in the same place and was removed only after I told the daytime front desk clerk (who was pleasant and tried to be helpful).

We've stayed at Holiday Inns & HI Express in the other locations and had they been anything near what this hotel was like I'd NEVER have booked it. We were there only for one night, pre-cruise, and were thrilled to check out.

This review is the subjective opinion of a Tripadvisor member and not of TripAdvisor LLC.
valeriepH2395AP
Orlando, United States
3
Reviewed 19 June 2021
Was just Ok

So we only stayed one night. Room was ok, it was clean and staff was night but they allowed a large party to party passed curfew. So all we heard was loud karaoke playing and bad singing until late at night and got very little sleep. Also be very careful stepping in to the showers it’s vey slippery and my husband and I both almost fell. Also they didn’t provide any soap….seriously talk about Covid precautions and don’t provide a bar of soap. We did have hot water but it take a while. This hotel was Not worth $220 a night and I wouldn’t recommend it. Wish I would have paid a bit more to stay at the Hilton.

Room tip: Try to stay away from being near the poo and street side it is.extremely noisy!
Ask valeriepH2395AP about Holiday Inn Express & Suites Nassau, an IHG hotel
Thank valeriepH2395AP

Thanks for choosing to stay with us among your many lodging options. We also appreciate your candid remarks.

While I am pleased to see your excellent rating in our hotel staff members service, I am genuinely sorry to hear about the noise issues encountered and limited bathroom toiletries. Providing you an elevated experience in any way possible is our everyday goal. That said, I have shared your feedback to our hotel’s upper management as a reference for continuous improvement on our services and amenities.

Thanks again for making IHG Hotels & Resorts your home away from home. It will be our pleasure having you back as our guests’.