Having the same issue as... - Cayman Reef Resort

We were going to stay here March 2020 after many favorable reviews. We had to cancel because of covid and was also given the option to book for this year or receive 50% back. We opted to book for this March, 2021 as we were so looking forward to staying here. I've been having the same issues with Trinda as far as no response. I've left several emails asking for just a detailed receipt so I can file an insurance claim since we can't go this year for an unexpected surgery (and also borders are closed). Luckily I took out the insurance but it's useless if I can't file it because I don't have a receipt. The receipt I have shows a reservation for 2020, not 2021. Looking forward to hearing from Trinda soon as this is just unacceptable.More 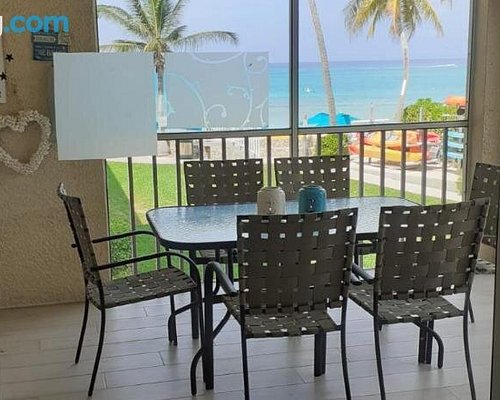 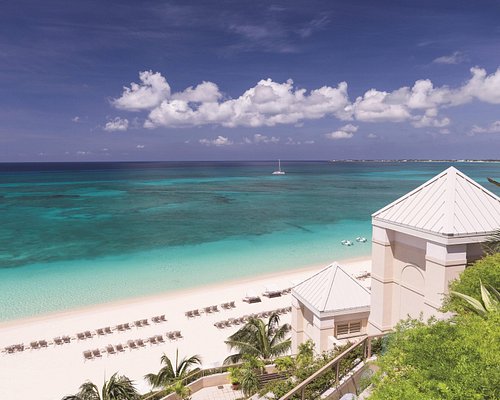 We stayed at Cayman Reef Resort and everything was great. The location is excellent, you can walk to several restaurants and Camqna Bay. The dive shops pick you up at the front entrance. We loved it so much we reserved the same condo for June of 2020 with Trinda Blackmore. In May 2020 we finally had to cancel the trip, Trinda Blackmore gave us the option of getting 50% of our deposit back or applying the full deposit to a future stay. Since we loved the previous stay, we chose to apply our deposit to a future stay. Well here we are in the future and after 7 emails, phone messages and 2 calls to VRBO she refuses to respond. We were willing to give her the benifit of the doubt until we sent an inquiry under my wifes maiden name to which she responded almost immediately, when my wife asked about the deposit situation again radio silence. So to sum it up Cayman Reef Resort is a place we will rent again in the future just not from Trinda Blackmore.

This review is the subjective opinion of a TripAdvisor member and not of TripAdvisor LLC
damiz2013
Frederick, Maryland
5360
Reviewed 6 February 2020
Loved it!

I loved staying here! traveled with my daughter and niece and we all had a great time. The beach is still good with a few rocks, if you walk a little farther toward the Marriott, there's not much beach left but this place is still good. The apartments we stayed in was just the right size for us with all the necessary things to make our meals there. Very clean and comfortable, there's also a shopping center right accross the street and you can walk to Camana Bay in about 10 minutes top. Cannot wait to come back!

This is an excellent condo (42 Cayman Reef Resort) and good value for your money in the Cayman Islands. We stayed in the condo for 15 days in Jan 2020. The owner Carol S was very helpful in aiding us while we made several changes to our original request for accommodations. The pictures of the condo fairly represent the condo, although the renovations were probably made about two years ago. The condo is well placed in the Cayman reef resort and the picture of the sea accurately shows what you see. There is a sufficient white sand beach in front of the condo, and no need for water shoes. There is small reef a very short distance from the beach in front of the complex and there were plenty of beautiful fish there. The best spot is between and beach and two white buoys in fro to of the marble house on the south side of the house.
There is a nice terrace off the living room and another off the two larger bedrooms upstairs. We often ate on the terrace off the living room.
The first week we were there with friends and the second week we were with our son’s family (two adults and a 24 year old). The two main bedroom were a good size and had a queen size bed, and the other bedroom was smaller and had a bunk bed for two.
A negative was that there were only two bathrooms, one being upstairs with the bedrooms, and the other being downstairs with the kitchen and living room, and eating area.
The maid service was excellent. They catered well to our needs and the the condo was very clean after their visit.
A somewhat annoying negative was Carol S’s management group. Before we arrived I called Jennifer of the management team on a number that appeared on the site. She was annoyed because it was apparently her personal number. She gave us another number and we called this number once we arrived in Grand Cayman. However, the number did not work. We then returned to the original number and this time talked to Judy. She told us that the second number often did not work. The management team was good in arranging maid service, except once when they had arranged a service we did not ask for or need and the maid arrived without warning in the middle of our lunch. Finally, we had a 3:30 pm departure flight and hoped to stay in the condo until 1 pm on the day of our departure. (Departure time was set at 11am by Carol S. ) I e mailed Judy about a week before we left and gave her our departure flight. She replied that at that time she could not give us a late checkout. About three days before we left, my wife talked to Judy after Judy inquired if there was any damage from an earthquake. My wife asked if we could stay a short time after the 11 am departure time. Judy said she did not know and would contact us. Having not heard from Judy for two days, my wife called again at 9am before the day of our departure and left a message asking her to call us back. Not hearing from Judy at 1 pm, we arranged for a cab the next day at noon. However, shortly thereafter she e mailed us and told us we could not stay in the condo past 11 am.

This review is the subjective opinion of a TripAdvisor member and not of TripAdvisor LLC
blbpdsusa
nj
1834
Reviewed 24 December 2019
Great place!

These condos were the perfect solution for our 6p family vacation. Condos are on the beach, with nice pool, nestled between Royal Palms and Marriott Beachfront resorts. So you have privacy of condos and economy of full kitchen, but steps away from great bars, live music and water sports. These condos made Caymaan affordable. Great time had by all!!

This review is the subjective opinion of a TripAdvisor member and not of TripAdvisor LLC
Tracy_Vearrier
Bismarck, North Dakota
32
Reviewed 9 August 2019
#35 30 sec from beach

Awesome condo experience centrally located between Georgetown, airport and the Turtle Centre. Once exhausted from one excursion we could easily recharge at condo #35. At night we would walk along the beach spotlighting crabs and during the day find sea glass in the surf. The kids could switch from the saltwater sea to the freshwater pool. We easily went to dive shop across the street to rent another snorkel. Food, fuel, ETOH, and shopping within walking distance!