Secrets Wild Orchid Montego Bay
27 people are viewing this hotel
Lock in the lowest price from these sites
US$559
Free cancellation until 21/07/01
Reserve now, pay at stay
View deal
Expedia.comUS$558
Hotels.comUS$558
Destinia.comUS$562
TravelocityUS$558
eDreamsUS$559
TripadvisorUS$558
View all 16 deals
* Prices are provided by our partners, and reflect average nightly room rates, including taxes and fees that are fixed, known to our partners, and due at time of booking. Please see our partners for more details.
sandir2020
1

We have never stayed in Jamaica before, and this resort looked appealing! It was everything we could imagine and then some! The people were absolutely phenominal, the food fantastic and the resort lovely! From Emiko welcoming us at concierge and looking after every detail with her lovely smiling face and exceptional personality to Tay and Sky at the pool with fantastic games and energetic personalities, it was the best trip we have ever had! You do not want to miss this resort! All servers and staff at the al a cartes were fantastic and friendly and detail oriented to allergies! Definately coming back to this resort to visit my new family in JamaicaMore

Show less
Room tip: It appears, all rooms have fantastic views, we were on the 4th floor and it was a great view!
See all 8 879 reviews
Nearby Hotels 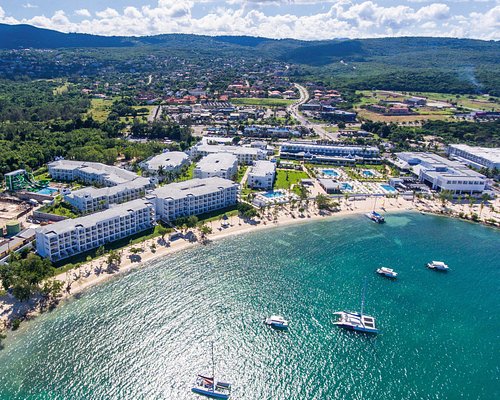 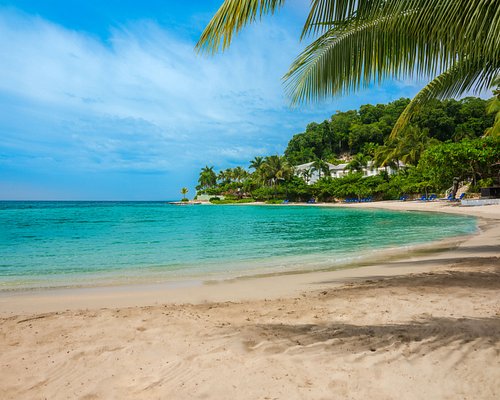 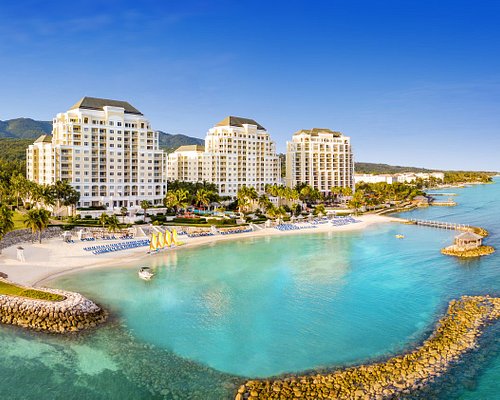 I stayed at Wild Orchids but was able to enjoy entertainment, food, pool, and activities at St James and Breathless as well. So to me that was like staying in three resorts for the price of one. The jerk chicken cart is a must

Review collected in partnership with this hotel
This business uses tools provided by Tripadvisor (or one of its official Review Collection Partners) to encourage and collect guest reviews, including this one.
Ask mshunt2015 about Secrets Wild Orchid Montego Bay
Thank mshunt2015

This review is the subjective opinion of a TripAdvisor member and not of TripAdvisor LLC
Tjschissler2
1
Reviewed 2 January 2020
New Years vacation!

During my vacation at Secrets wild orchid in Montego Bay, Sky and Tay were the best at the pool! Great games and were a lot of fun! They made our family feel very comfortable on our vacation. We loved their energy and hospitality. Also great dance moves!

This review is the subjective opinion of a TripAdvisor member and not of TripAdvisor LLC
Leafs4newell
Ottawa, Canada
38
Reviewed 2 January 2020
Fantastic stay at Secrets Wild Orchid Preferred Montego Bay

My wife and I spent our 25th wedding anniversary in the Preferred section and had an amazing time. We enjoyed all aspects of the resort from the room, the beach, the restaurants, but most importantly, the service.

Two individuals stand out, first, Jerome, our butler. He took care of our every need discretely and with genuine care. Initially, we didn't expect to leverage his help much, but a simple conversation like, "what are you guys thinking about for dinner tonight?" and by simply answering, we were set with reservations at whatever time we desired. Jerome has a gift for knowing exactly how to go about providing you with exactly the right amount of help while respecting your privacy and relaxation. He was an absolute pleasure to get to know and we consider him a friend and someone we very much want to go back to see.

The second person is Matthew from Bell Desk service. There wasn't a single time that Matthew didn't great us, speak with us and make us feel like family. He would see us coming and shout, "the Newell's, my people" and great us with fist pumps and a chat. We thoroughly enjoyed ever time we bumped into Matthew. Like Jerome, Matthew puts a smile on your face and makes you feel welcomed and appreciated.

Resort was not far from the airport. Reception staff were helpful and kind, actually all the staff at the hotel were welcoming and we really enjoyed our vacation at Secrets.
This is our second visit to the resort and would go again a third time

Review collected in partnership with this hotel
This business uses tools provided by Tripadvisor (or one of its official Review Collection Partners) to encourage and collect guest reviews, including this one.
Ask 916sonia about Secrets Wild Orchid Montego Bay
Thank 916sonia

This review is the subjective opinion of a TripAdvisor member and not of TripAdvisor LLC
tavitaq2020
26
Reviewed 1 January 2020
Lies, Poor service, Poor Quality

Upon arrival, me and my husband and our friends were asked if we wanted to receive a black card by Brittany or Brithney. The card would give us access to Breathless, which is the neighboring property with different amenities. In order to get the card, discounted massages, and a surprise, we had to meet her the next morning for breakfast. We asked if it was for a timeshare presentation and she said NO. She lied. The next day we wasted time listening to someone try to get us to invest in a timeshare, which was called something else but had the same meaning. Brithney was nowhere to be found. When we declined to participate, the fake smiles from the representative disappeared. Our surprise was a bogus discount for a 400.00 discount off of two couple’s massages. We gladly took them and tried to salvage the rest of our day.
The food is pretty much GARBAGE. Some of it puts you in the mind of processed school cafeteria food. However, I did enjoy the drinks.
The service was poor to say the least. I hated to ask for a refill at the restaurants on the property, because most of the waitresses seemed to not want to be at work. Their facial expressions were enough to make you leave.
On the last day, we decided to get our massages. Out husbands decided not to get their massage so my friend and I went. The least expensive was the Swedish massage and it was 189.00 per person. Well, we redeemed our coupon which was 400 split between us. The massage was mediocre. More effort was put into applying oil, than anything else.
When it was time to pay, we were told that we were being charged, because they were expecting two couples and we didn’t let them know that the guys would not be getting massages when making our appointment. I didn’t know my husband would change his mind. He wasn’t feeling well that morning due to the crappy food he ate the night before. They were anticipating is to pay 200 more.
Brithney wasn’t present until checkout. We needed answers for the lies that she told us. Instead she argued why we were charged a penalty fee for the massage.....in which we didn’t pay. If I could do it all over again, I wouldn’t choose Secrets Wolf Orchid. Oh, and the rooms are ok.