US$80
US$54
View deal
Free cancellation until 21/08/07
Expedia.comUS$65
Hotels.comUS$65
eDreamsUS$80
View all 16 deals
* Prices are provided by our partners, and reflect average nightly room rates, including taxes and fees that are fixed, known to our partners, and due at time of booking. Please see our partners for more details.
Loubel37
2

A Great Place To Stay

Trip type: Travelled with family
See all 179 reviews
Nearby Hotels 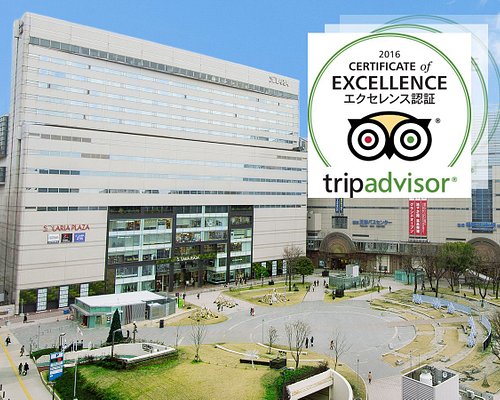 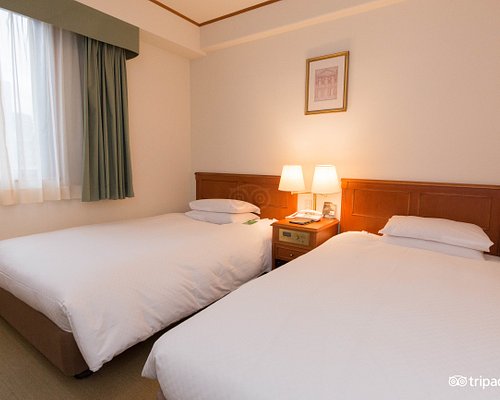 Travelocity
View deal
Orbitz.com
FindHotel
US$24
Expedia.com
US$29
View all 14 deals from US$24
249 reviews
1.1 km from Fukuoka Toei Hotel
We compared the lowest prices from 14 websites 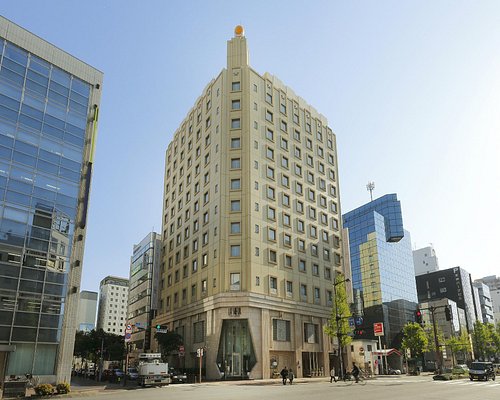 Agoda
View deal
204 reviews
Best Western Plus Fukuoka Tenjin-minami
US$68
US$61
Tripadvisor
View deal
Pay up to 12X
Travelocity
Expedia.com
US$61
eDreams
US$68
View all 16 deals from US$61
3 reviews
0.8 km from Fukuoka Toei Hotel
We compared the lowest prices from 16 websites
The One Five Villa Fukuoka

Travelocity
View deal
Expedia.com
US$124
FindHotel
US$115
Hotels.com
US$124
View all 13 deals from US$115
5 reviews
0.9 km from Fukuoka Toei Hotel
We compared the lowest prices from 13 websites
Quintessa Hotel Fukuoka Tenjin Minami

Travelocity
View deal
Orbitz.com
FindHotel
US$37
Expedia.com
US$85
View all 14 deals from US$37
5 reviews
0.3 km from Fukuoka Toei Hotel

Hotel is located in the Tenjin south area. About 10 minutes walking distance to the major shopping area. The room is quiet new and reasonable size to other Japanese hotel. Two USB plug is available to use in room. Bedding is good but the pillow is too soft which not I like. Breakfast is average not much choice to eat.
There’s free coffee machine provide for guests in lobby. Overall hotel is not too bad, I will come back again to stay.

This review is the subjective opinion of a TripAdvisor member and not of TripAdvisor LLC
Chris S
2514
Reviewed 28 May 2019 via mobile
Very nice hotel.

Great hotel to stay at. Located between train station and a very large mall. Bars and restaurants are plentiful. There is paid breakfast buffet in the mornings. Concierge were helpful and always pleasant. Rooms were very clean. Soaps, towels, robe, slippers, hairdryer, all provided. Bathtubs in japan are nice and deep. Smoking room in the lobby is not very nice. Would prefer to be allowed outside somewhere.

This review is the subjective opinion of a TripAdvisor member and not of TripAdvisor LLC
Micwa
Launceston, Australia
8187
Reviewed 26 March 2019 via mobile
Slightly below average

There were a few issues with this hotel that dragged the rating to somewhat below average.

On the plus side, the room was quite large, the included buffet breakfast was of reasonable quality and the overall service was adequate.

However, the room was quite dated with one of the oldest model bidet toilets we’ve ever seen in Japan. The fridge was equally as old and the bathroom fit out was old formica. The towels were very thin. The biggest issue from an aesthetics perspective was the quite large tears in the curtains (see photos). Frankly, that sort of thing is unacceptable in any hotel as it shows apathy towards maintaining a certain standard. It is not something that is easily missed by maintenance/cleaning/management. It is something that one expects from a 2 star motel.

Lastly, a request for an iron and board was not actioned.

We got a flash sale rate of around A$125 per night so it was ok value for Fukuoka (which is quite expensive for hotels), but the regular rate would not be worth it at all. Combined with the awkward location, we would suggest looking elsewhere for a better standard and value.

This review is the subjective opinion of a TripAdvisor member and not of TripAdvisor LLC
Thomas_5162
Manila, Philippines
7271
Reviewed 2 January 2019 via mobile
Convenient Location

Overnight stop over before our flight to Sapporo and it was good. We took the taxi from the airport as we were travelling with two children and cost a little more than ¥2000. Location was good with restaurant, convenient store, drugstores nearby. We booked room with 2 queens bed and the room size was big. We were comfortable and rest well, the included breakfast were good.

This review is the subjective opinion of a TripAdvisor member and not of TripAdvisor LLC
elads
Tel Aviv, Israel
256248
Reviewed 12 October 2018
Worth the price