Booking.com
Expedia.com
Hotels.com
View all 14 deals
* Prices are provided by our partners, and reflect average nightly room rates, including taxes and fees that are fixed, known to our partners, and due at time of booking. Please see our partners for more details.
VittorioPag
Milan, Italy
126

Had a good time to start my vacation. The hotel is ran in a friendly and authentic fashion. Breakfast is great, rooms are clean, I had a great stay and I’d wish to come back the soonest. My recommendation to my friends will be to stay here and have the same customer experience I could enjoy. 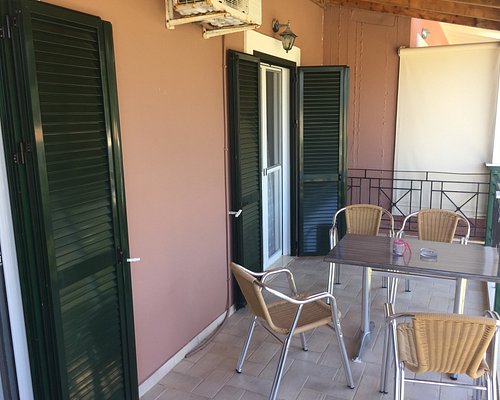 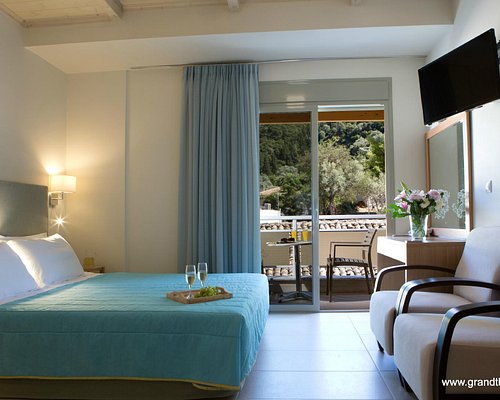 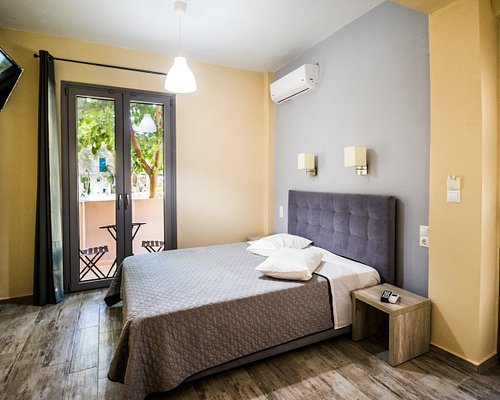 Albeit a convenient choice to our last minute trip, Odysseon Hotel is not one I would recommend to anyone who isn’t as desperate as we had been. There were so many things that just didn’t make our pleasant. First and foremost, the breakfast was, at best, hideous. From stale bread and cakes, which were abundant regardless of their low quality, to dubiously tasting omelets and coffee, a strange, ugly-looking pizza and bullet-tough scrambled eggs, I would personally give the hotel’s breakfast 1/5, one (1) being the least I can give. The room where the breakfast was served smelled awful too. An embarrassment! If you wish to stay in the hotel, don’t bother paying for breakfast. There are cafes near by with a view to the sea and serve far better breakfast.

For the rooms: my room was on the third floor, and although it was alright in terms of cleanliness and had a breath-taking view of the mountains situated behind the hotel, the air conditioner (aka the device essential to the gruesome temperatures of the island during the summer) was awkwardly situated by the side of the bed, which made the cold air blow directly to our faces and bodies. We either froze or melted from the heat, there was no in between. It also smelled. It made one wonder when was the last time it was cleaned. Last but not least, after the cleaning lady had finished cleaning our room and moping our floor, the room smelled rancid.

Furthermore, the WiFi functions properly only very early in the morning (before 8 am) or very late at night (after 12am). Within the day, it lags and devices are unable to connect to it.

Last but not least, the cleaning ladies weren’t on their best behavior either; shouting in the corridors and barging into rooms very early in the morning (8:00-8:30am as a matter of fact). The cherry on top of the cake was on our checkout date though, two hours before the designated checkout time, the manager // owner of the premise standing outside one of our rooms and shouting to the cleaning ladies whether we had moved our stuff out of the room, indirectly and without an ounce of tact, urging us to leave our rooms two hours earlier than we had to, just to get on with his day. It is almost as if the people who run the hotel have no idea what tourism is, and how to deal with it.

Other than that, the hotel is situated very close to the sea and there is a gorgeous pavement for walks nearby. Its location is great — its quality is questionable.

This review is the subjective opinion of a TripAdvisor member and not of TripAdvisor LLC
Tanja B
285
Reviewed 2 July 2019
Cute, clean and lovely

Nice hotel, good home made greek breakfast, very friendly family staff. Extremely clean rooms and great location for all the windsurfers in ClubVass. The only thing that bothered me was an occasional noise from the nearby road at night but I'll still choose this hotel next time.

which is 100m from litlle hotel, where you get good breakfast, good large room wth bathroom an balcony. Sea shore is ocupatied by sailing boats and Windsurfers in afternoon, for swimmers in the morning. I took a montain bike and scooter for the trips on hills.

This review is the subjective opinion of a TripAdvisor member and not of TripAdvisor LLC
Alex_Nalbantov
Sofia, Bulgaria
2111
Reviewed 8 September 2018 via mobile
Decent hotel

The place is friendly and is located nicely on the main road.
Rooms are kept clean and they change the towels every 2nd day so thats a plus.
The pool is warm and cleaned every day so its perfect to relax in the evening after a long day.
The parking can hold a lot of vehicles.

Few negative sides:
The beds are not very comfortable for me - mattress is too hard.
There is no place to hang your wet clothes to dry - only on the balcony rails (if you have them).

This review is the subjective opinion of a TripAdvisor member and not of TripAdvisor LLC
Suzie J
Nairn, United Kingdom
178
Reviewed 15 December 2017 via mobile
Great hotel

I have stayed here for last 5 years and I am going again summer 2018. A lovely family run hotel. All staff are friendly and kind. Rooms are clean and comfortable with some rooms recently renovated. The pool is small but very relaxing. Rooms have fridge and balcony. There is also a lift to upper floors.

This review is the subjective opinion of a TripAdvisor member and not of TripAdvisor LLC
View more reviews
PreviousNext
123
<script type='text/javascript' crossorigin='anonymous' async onerror='__scriptLoadError(this,true);' src='https://static.tacdn.com/assets/jb_4W2.0e26415f.js