Trip.com
Expedia.com
Booking.com
View all 14 deals
* Prices are provided by our partners, and reflect average nightly room rates, including taxes and fees that are fixed, known to our partners, and due at time of booking. Please see our partners for more details.
Catherine N
Newton Le Willows, United Kingdom
2141

We stayed here for the first two weeks in July and loved every minute of it. We were in room 222, which had a fabulous view around the whole bay and over to the mainland. Rooms were spotless and cleaned every day. Breakfast was plentiful and so peaceful to sit looking at the fabulous view whilst drinking good coffee and chilling. Plenty of well spaced out sunbeds, the pool was a gorgeous temperature and the sea clear as anything (beach shoes advised, as sea urchins and also a pebbly beach). A short walk to a smattering of good tavernas and the friendly Art Club Bar, where Spiro really looked after us. We couldn't fault anything with this hotel, fabulous staff and special shot out to Dimatris and Fortis (excuse the spelling) who worked on the beach bar and to our lovely cleaners Dina and Maria, who really looked after us. We will be back again, just fantastic.More

Show less
Room tip: Room 222 had very good view around the whole bay and was nice and peaceful
See all 169 reviews
Nearby Hotels 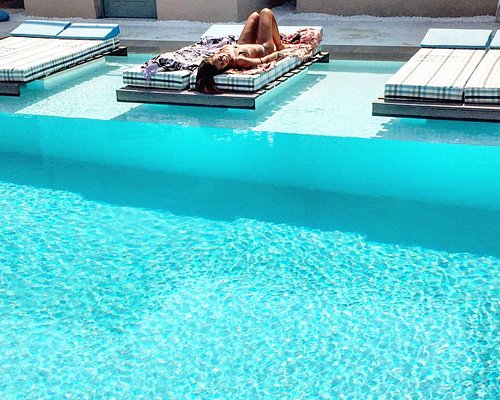 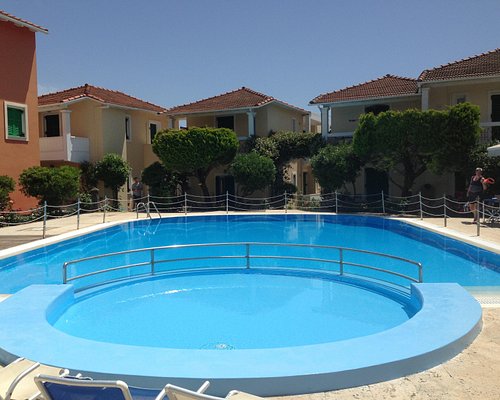 We stayed at Porto Lydia in July for 12 nights, Rooms cleaned every day,beautiful views across the bay,nice bar and good snacks.Could not fault it been all over Greece and stayed in nothing better. A short walk into the village where there are several good restaurants

This review is the subjective opinion of a TripAdvisor member and not of TripAdvisor LLC
victor545
Bucharest, Romania
8041
Reviewed 17 June 2018
A blessed place

The hotel is placed near the sea - you can reach its beach after you cross the lawn, about 10 meters. The rooms are spacious and very clean (towels are changed daily), the beds are excellent, all the furniture is nice, the air conditioning is free.
The breakfast is amazing, with a lot of sorts of cheese, ham, sausages; of bakery and bread; with several sorts of olives; a lot of fresh fruits etc.; it is served until 11 am. A very pleasant surprise, very much more than the typical breakfast at a Greek three star hotel.
The bar is open until late in the night and offers simple meals and all kind of drinks at reasonable prices.
Several taverns can be easily reached; you can go on along the sea, to the left, for "Kanioria" and "Seven islands"; or along the main street (to the left), for "Ionian fish". In my opinion, "Seven islands" is the best; "Kanioria" - the most aesthetic, and "Ionian fish" - the most convenient (large portions, low prices).
The bus stations (in both directions) are just at the entry of the hotel. A lot of booklets with touristic information, in several languages, are available at the reception desk (also the bus timetable).
The hotel has a subtle and discrete beauty. Four columns, painted in Minoan brown-reddish color, disposed rectangularly, link symbolically the four parts of the building. In the middle of the rectangle there is a tall Mediterranean tree, like an Axis Mundi of primordial houses. Huge ficus trees embrace the external, circular flight of stairs. They are not only esthetic, but also produce a fresh atmosphere and give you a sense of exuberant presence of nature.
Maybe the most agreeable thing (to me) was that all the personnel, from the people at the reception desk to the maids, were extremely kind and helpful, in any moment of the day or of the night you meet them.
Highly recommended.

This review is the subjective opinion of a TripAdvisor member and not of TripAdvisor LLC
Sonya C
Rotherham, United Kingdom
2725
Reviewed 14 May 2018
Peaceful and relaxing

My husband and I have just returned from a week's stay at this lovely hotel in the quiet, unspoilt fishing village of Ligia. If you prefer a peaceful and relaxing holiday away from the crowds, this is the place. There are plenty of tavernas within easy walking distance (our personal favourite was the Kanioria Family Tavern) and the livelier resorts of Lefkas Town and Nidri are both just a short bus journey away (from the bus stop just outside the hotel).

We paid extra for a larger room with a sea view, which was worth it as the view from our balcony was beautiful. There was a good, plentiful selection at breakfast and it was lovely to sit having breakfast whilst looking out to sea, watching the fishing boats drift by. You can also have a simple lunch here of either Greek salad, club sandwich or toastie, which was very useful when we were in our swimwear, lounging by the pool, and didn't feel like getting dressed to walk into the village for something to eat. The pool area was lovely and private, away from the road and looking out to sea.

But the best thing about the Porto Ligia Hotel was the friendly staff, who were always so welcoming and helpful, from the gentleman on reception who wrote out the local bus times for us (as the printer wasn't working!), to the hardworking ladies who provided breakfast and lunch and kept our room spotlessly clean.

We would definitely stay here again - the peaceful location was perfect for us.

Room tip: It's worth paying extra for a larger room with a sea view, as the view is stunning.
Ask Sonya C about Hotel Porto Ligia
Thank Sonya C

Spending short holiday in this part of Greece, I discovered a very special corner.
Location is gorgeous : the building lays in front of the sea and just few steps on the grass divide you from the beach .Breakfast is delicious , with fresh products.
Staff is kind and disposable. Armony between nature and architecture, cared by friendly people!

This review is the subjective opinion of a TripAdvisor member and not of TripAdvisor LLC
David S
Leeds, United Kingdom
50103
Reviewed 29 September 2017
Good but could be better

Our second visit to the hotel, having been there last year. I emailed them before I went and requested a certain room, which they gave me, which was great. The rooms are quite basis, furniture somewhat old and not enough coat hangers in the wardrobe. There was a room safe, free, but no instructions how to use it, so you need to contact reception for instructions. There were no instructions in the room about anything, air conditioning, which we didn't use, hotel facilities like breakfast times or rules of the hotel. You have to guess the reception number on the phone.
The bed is made of two single beds with an over mattress and was comfortable. Towels are changed every day, even if not used and linen every other day apart from the sixth day, which I suppose is understandable. The rooms are cleaned daily and it was very clean. Balcony seating is a bit uncomfortable but adequate.
The shower base is very slippy and the curtain flimsy and the bathroom extractor didn't work all the time, which was a nuisance. There where pigeons living on the roof and their droppings where a nuisance as they often covered the balcony floor. These need culling or something put up to stop them.
The lift was out of order for our total stay, our cases were carried up for us on our arrival and I was told to ring for them to be taken down when we left. I rang but nobody was available, so at 74 years old I had to carry heavy suitcases down two flights of stairs.
Breakfast was the usual Greek, quite a lot of choice, but the nearest they got to a warm option was cold hard boiled eggs.
The bar area seating was old and very uncomfortable, which was a shame. The pool was cold, too cold for me to get in and the sunbeds had seen better days, some on the grass area were split. One thing they got me for was they provide towels for the sunbeds, which I had one morning and only used them for an hour as we thought we were going out in the afternoon. We changed our minds and I went for more towels in the afternoon. I received a lecture on only being allowed one towel per day, although there was nothing to say this was the rule. I was given a terse warning, although this was the only day I had used this service. Obviously they are not carried over if you don't use them. Some reception was friendly, some was miserable, maybe end of season blues.
We bought a lunch there on our first day and I had a club sandwich. My advice is don't buy a club sandwich, it was horrible.
Behind the hotel was a major building operation which stated at 7:30 every morning, including Sunday, until late afternoon. Heavy earth moving equipment moving big stones and boulders. This was very annoying and wants stopping during the holiday season. It was happening 18 months ago and they are no nearer finishing now than they were then. Somebody told us whoever is doing it want to by the hotel land and they are not building anything, just causing noise to get their way. I'm not sure if this is true, but it is a real nuisance and somebody needs a good kicking.
Generally the hotel is good, Ligia is quiet and not many places to eat and what restaurants there are are spread out. Would I go back again, probably, not the best hotel I've stayed in but the views are spectacular.

This review is the subjective opinion of a TripAdvisor member and not of TripAdvisor LLC
View more reviews
PreviousNext
1…345…
<script type='text/javascript' crossorigin='anonymous' async onerror='__scriptLoadError(this,true);' src='https://static.tacdn.com/assets/JFHNGL.4839bc5a.js' data-rup='JFHN