Kaskazi Beach House
Lock in the lowest price from these sites 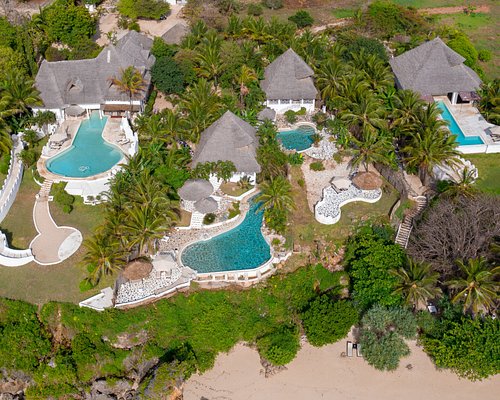 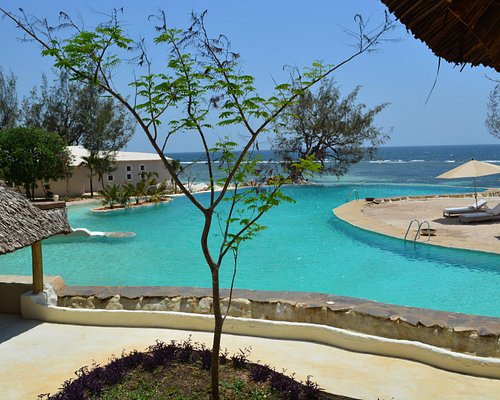 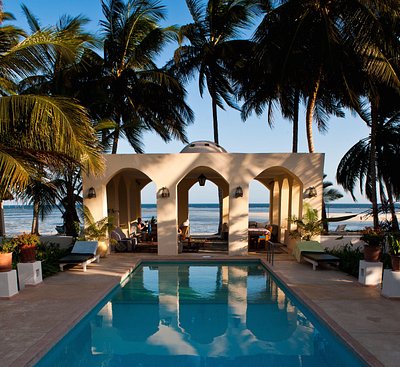 For Christmas 2013 we spent 2 weeks in Kenya, and 1 of the weeks in this resort. Overall, we had a fantastic vacation experience in a beautiful country, and specifically through our stay at Kaskazi Boutique Beach House. The premises of the hotel were excellent, with a satisfactory combination of luxury, personality and vast possibilities for adventures. The majority of our time was spent doing sightseeing, sailing, snorkling, cave walking, bicycling or other ways of enjoying our stay. The food was excellent and the service was unquestionable. Our hosts were magnificent and we become good friends. We sincerely recommend Kaskazi Boutique Beach House as a must-visit in Kenya.

This review is the subjective opinion of a TripAdvisor member and not of TripAdvisor LLC
Jannikke
Cavtat, Croatia
64
Reviewed 15 January 2014
Garden of eden

This is a hidden jewel away from the tourist track and with a personal atmosphere that we appreciated very much. The staff, the manager and the owners were all there to make our stay perfect, and eager to introduce us to the culture, the community and to the interesting history of the spot.

We did not quite know what to expect when arriving Kaskazi, but had this been an international high class resort not identifying the personality and the African nature, we would have been disappointed. We felt the exclusiveness of almost being personal guests in this astonishing garden... of Eden, just by the sea. Beautiful art, beautiful flowers, fantastic food, drinks and service and last but not the least - the friendliest and smiliest staff. This hotel must be experienced!

Room tip: The rooms all have an excellent location with a garden/sea view.
Ask Jannikke about Kaskazi Beach House
Thank Jannikke

This review is the subjective opinion of a TripAdvisor member and not of TripAdvisor LLC
obelhansen
Nairobi, Kenya
11
Reviewed 6 January 2014
Only if you are looking for a prison experience

Outrageous - This is, by far, the most ridiculous hotel experience I ever had in Kenya! I spend my new years vacation (2013) here with my wife and my mum, and we surely won’t be coming back. Don't expect to be treated as a guest at Kazkazi, but as a prisoner, and for this you will pay 220 USD per person/night (per person not per room!)

Upon arrival, during a 30 minutes monologue, the owners kept us longing for our rooms and some level of privacy, as they were busy informing us how wonderful their place is and how nicely they engage with their staff and local communities. Having finally been allowed to settle in our rooms, the owner informed us of his plans for our new year's eve, which included a “private” dinner with the Norwegian couple that owns the place and a (friendly) family of four (the only other visitors at the time), after which we were to drink a glass of champagne by the beach. This all sounds good, had it not been because it wasn't by choice! We had planned to head south to Diani (20 km from Kaskazi) to meet some friends at a beach party after dinner, but quite simply the Norwegian owner prohibited us from leaving his premises, saying that he was not willing to pay ransom when we would be car-jacked! I have lived in Kenya for more than 3 years, and while there are serious problems with crime in Nairobi and other places, the risk of being car-jacked in Diani is only real to someone affected by fencing himself inside a remote beach house. In effect, we were forced to hang out with the owners all night. This wouldn't have such a disaster had they been a friendly and accommodating couple. But they are not. Especially the husband constantly portrays himself as "the Kenyan expert" - including attempting to lecture my wife, who is born and raised in Kenya, how the country works. He expects all guests to listen and agree with his colonial-style narratives; if not, it will be perceived betrayal of his “hospitality” and you will be treated accordingly.

Even worse, don’t expect that the owners will stick to what has been agreed upon booking: We were informed by email ahead of confirmation that free transport to Diani was included in the price. However, when on the night before leaving I asked how we were to utilize that part of the package, we were told that there was no car available for us since the owners would be using it going on a full-day trip with the other family staying at Kazkazi and that, in any event, the free transport to Diani deal was not applicable to us since we were not flying out of Diani. In other words, the owners would be busy using the car that according to a written agreement should have been used for our transport, and the car may only be used by guests who fly out of Diani, not those who may wish to be taken to Diani and have other travel arrangements from there!!!! This essentially meant we were trapped at their premises, having to bet on a local taxi from Diani being able to find the remote property (fortunately, the taxi driver eventually did so)!

There are many other examples of the outrageous treatment we received at Kazkazi, but one deserves mentioning: My bank had by mistake transferred an additional 440 USD to the actual costs. Prior to arriving, I had accepted the owners’ proposal that they would refund the amount in cash when I got there, rather than doing a bank transfer back to my account. As I asked for the refund on our last night (and thus the last time we would see the owners before they were going on their trip), I was first informed that this was “not their issue”, but that I should speak to one of their staff. I did so, and he told me that he would go get the cash, but he never returned with the cash. Instead the owners came to see us during dinner, and told me that since they were the ones who had first discovered the higher payment, I shouldn’t start believing that I could have them refunded when I asked for it!!! At this point, I honestly had enough of their ridiculousness, and told them to leave us alone for the remaining of the night. While the staff ultimately did make the refund the next morning, it was self-evidently a very unpleasant experience to have my money withheld.

To be fair, the rooms, gardens and pool area are all nice, but all of that doesn't really matter when you are constantly being monitored and ordered to comply with the bizarre orders of the owners.

Dear Reader
Thank you for taking your time to read this response.
The comments from Mr. Hansen is the first negative review we ever have received. Please read the other 17 top rated reviews. they speak for themselves.
Just for your information:

Expensive ?
Our small hotel is situated in a rural area , on an un- spoilt beach approx. 22 km. from Diani. Our concept is "all inclusive " and we gave Mr. Hansen favorable residence rates, USD220.- per person per night. This includes all meals, snacks,full room and laundry service, shuttle transport to and from Ukunda Airstrip, free beverage also beer, wine and spirits ( which may Mr. Hansen's behavior.)
New years eve we served soup, lobster, dessert and all beverage requested. Later we had bonfire at the beach with sparkling wine. No additional charges. We were approx 20 persons greeting the New Year together.

Transport/prison ?
New Year before midnight Mr. Hansen demanded to be transported to Diani to join a beach party. We, knowing his condition and the possible dangers on this particular night did, as responsible hoteliers , not recommend him to travel. Neither did we facilitate a taxi. He dropped it and had a swim with his wife in our floodlighted pool.

Return of money.
We had previously informed him that he had paid too much. After having covered the taxi from Mombasa to Kaskazi, accommodation for the unexpected arrival of his wife, there remained a balance of USD 110.-
The night before his departure he demanded the immediate payment in cash . Knowing his temperament
and condition we wanted to make sure everything was in order before he left. As promised he was paid USD 110.- in cash upon departure as promised.

As for all the personal characteristics in his review we choose not to comment on them.

We thank you for your understanding.

Report response as inappropriateThank you. We appreciate your input.
This response is the subjective opinion of the management representative and not of TripAdvisor LLC
Bjorg260
Eidsvoll, Norge
1
Reviewed 31 January 2013
"Karibu"to Kaskazihouse - the unique castle!

A typical pre-morning at Kaskazihouse starts with swimming in the pool before served delicious Kenyan coffee, facing the sunrise over the Indian Ocean or all the arts, birds and monkeys in the lovely garden! Could it be a better start of a new day? Kaskazi house has an unique atmosphere and a great hospitality. Harriet and Eilif have open their home, far away from the tourist places, for guests They have a small but great staff. The owners shared their knowledge with us and we learned a lot!Listen to them, they have experience, after many years in Africa! They have several suggestions for activities, and we choose bicycle safari to the village near by, visit a school and sailing in a local sailboat(made of one large trunk of wood) an a local market! I deeply recommend a stay with this lovely people and am sure you all will have some new extraordinary experiences!

This review is the subjective opinion of a TripAdvisor member and not of TripAdvisor LLC
SiriBow
Stockholm, Sweden
11
Reviewed 27 July 2012
The small and personal paradise!

The small and personal Kaskazi house is a paradise, with the lovely white main building surrounded by the blooming garden by the beach and a fine art collection. The staff is very service minded and friendly, and the food is delicious! We stayed a week and would like to go back! We can warmly recommend the Kaskazi Boutique Beach House!