Floripa Hostel - Barra da Lagoa
Lock in the lowest price from these sites
Priceline
Prices above are provided by partners for one room, with variable occupancy rules as provided by the property, and do not include all taxes and fees. Please see our partners for full details.
Flitz8
Athens, Greece
1455345 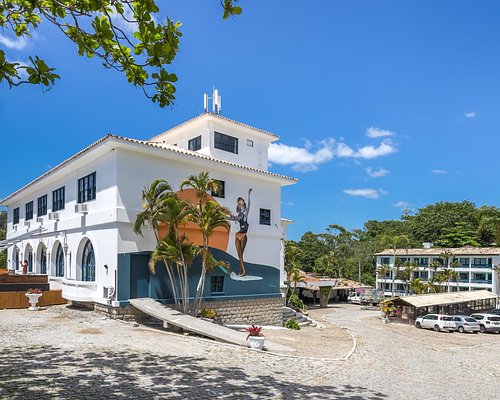 Selina Floripa
US$41
Booking.com
View deal
Reserve now, pay at stay
Hotels.com
US$43
Trip.com
US$33
Expedia.com
US$43
View all 12 deals from US$33
23 reviews
3.2 km from Floripa Hostel - Barra da Lagoa
We compared the lowest prices from 12 websites 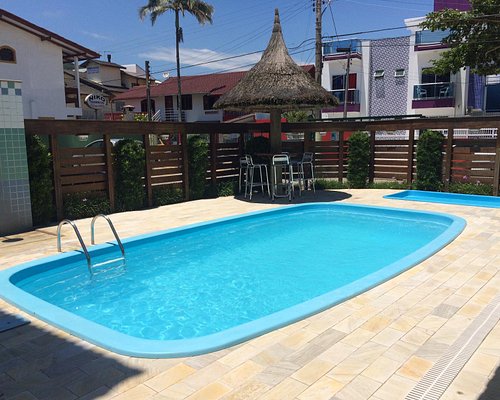 Great hostel with extremely friendly and helpful staff. Moreover, the staff provided great information about anything my brother and I needed. The rooms were well cleaned everyday. The hostel is in a great location near the barra da lagoa beach. There was nothing to complain or be unsatisfied about it. Shootout to Eduardo, Maria, and the cleaning staff.

I arrived to Floripa earlier than expected after four buses and 17 hours traveling alone to the Rita Marie bus station, around 6am. I had not booked accommodation as I prefer not to in advance and simply had an address for a cab driver to a cheap hostel recommended by a friend. I realized it would probably not be open at this hour but had no choice but to take my chances and if anything hang on the beach until something opened. As predicted the hostel was not open but I had seen a HI hosteling sign and decided to give it a try. 24 hour reception allowed me to check in, paying almost double the price of the other hostel even with my HI card, I figured it was only two nights until I began work and would have free accommodation with that, so went for it. After going about my business all morning I was notified by the next employee that the man working the night shift was new and that check in time was at 12pm so due to my check in at 7am I would have to pay for a whole third night. What seemed to be the owner recommended I get on trip advisor to book the third night at a cheaper price. Now, I was perturbed for a few reasons: 1) It is the hostels problem if their staff has not been properly informed of the check in policy. 2) Telling me I overpaid because I hadn't booked online is no consolation. And 3) It was five hours. Being offered perhaps a half price rate I would've considered staying but the fact that I was being told long after I'd checked in that I now owed another nights fee to a hostel I didn't really want to stay at in the first place, is terrible customer relations. I said that I would be finding new accommodation for the single night before I started work.
The only thing that made my stay here a bit brighter was the lovely staff. Without them the bitter taste in my mouth would have lasted much longer. Obviously this owner is not bothered turning away business that otherwise would have loved to come back.

This review is the subjective opinion of a TripAdvisor member and not of TripAdvisor LLC
idodomb
Haifa District, Israel
51
Reviewed 27 March 2014 via mobile
Great staff!

The hostel isba typicall one. It is 100 m from the beach, the room and the hostel is very clean and the food and kitchen really nice

The staff - GREAT. Unfortunally when I was there I injured my leg. The owner took me in his private car to the hospital in the center if the city and took also the guy from the reception because I dont speak the language.. (leaving inly yhe cleaning lady at the hostel).

In the end they even brought me crutches!
Great people!