Really great service from the staff at the campsite. We had problems with our campervan and they were very helpful in trying to fix it.
Facilities were immaculately clean and tidy, as well as being safe for Covid-19.
We were able to bring 3 dogs with us and use the dog walking area, which was brilliant.
Will visit again and recommend to anyone looking for a campsite in this area.More

Thank you for such a fantastic review! We are thrilled that you had a great time with us here at Lytton Lawn and that you found the park Covid-safe. We have been working hard on our new procedures for the wellbeing of all guests and are delighted that these shone through during your visit.

We look forward to seeing you again soon, once we're allowed to safely reopen!

Report response as inappropriateThank you. We appreciate your input.
This response is the subjective opinion of the management representative and not of TripAdvisor LLC
See all 341 reviews
Nearby Hotels 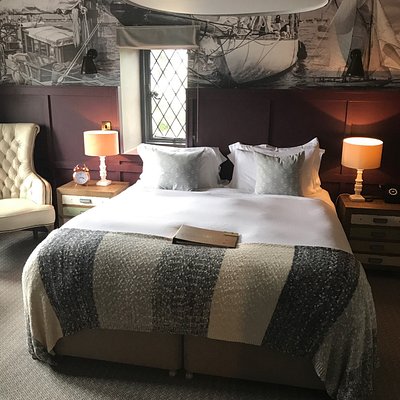 Breakfast included
The Mayflower
US$464
US$444
Booking.com
View deal
Free cancellation
Reserve now, pay at stay
Expedia.com
US$442
Hotels.com
US$442
StayForLong
US$464
View all 15 deals from US$442
436 reviews
4.3 km from Lytton Lawn Touring Park
We compared the lowest prices from 15 websites 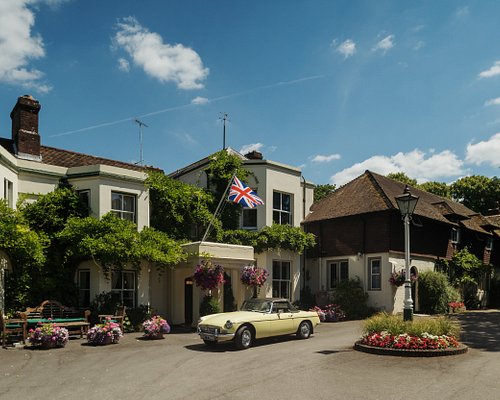 Priceline
View deal
Booking.com
US$288
eDreams
US$288
Agoda.com
US$288
View all 9 deals from US$288
975 reviews
4.5 km from Lytton Lawn Touring Park
We compared the lowest prices from 9 websites 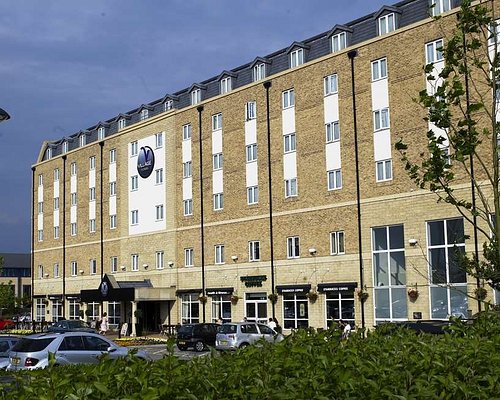 Arrived on a rainy evening, for a weekend with my neice in 2 caravans unfortunately our pitch was too wet to go on, the 2 site managers Shaun and Paul could not have been more helpful. Off they went in the rain to find us somewhere else. We had to pitch up on the road outside the facilities block, but that was fine, we had an ensuite!. Shaun and Paul pitched up my van for me and didn't leave us till we were all settled. Also they were kind enough to h itch my van up I leaving. very clean facilities, lovely staff, highly recommended place to stay. I will be back next year for sure

We would like to start by saying thank you for such a positive review. We can only apologise that the we weather made it difficult to access and set up on your pitch, but will be sure to pass on your thanks to both Shaun and Paul.

We are delighted that you had a great first experience caravanning with us and look forward to welcoming you back again in future!

Report response as inappropriateThank you. We appreciate your input.
This response is the subjective opinion of the management representative and not of TripAdvisor LLC
Practicenurse
3
Reviewed 1 November 2020 via mobile
Excellent service

In the awful weather, Thee staff here were amazing working hard to make pitches usable , towing off those who got stuck which included me! All the time remaining cheerful and friendly . Thank you so much for making feel welcome. Can’t wait to come back
Kim

Thank you so much for your review of your recent stay with us. We're delighted that you had an enjoyable time with us and that you felt welcome from the moment you arrived. We are extremely proud of our fantastic staff and it's great to hear they shone through during your visit.

We hope to see you again soon.

Report response as inappropriateThank you. We appreciate your input.
This response is the subjective opinion of the management representative and not of TripAdvisor LLC
MrsDSheltz
Northfleet, United Kingdom
117
Reviewed 27 October 2020 via mobile
Terrible weather and lots of mud!!

The weather was so awful and very muddy. However we still had an amazing stay and the staff were so friendly, really helpful and couldn’t do enough for you. Cannot wait to go back and stay when the weather is warmer.

Thank you for taking the time to leave a review. We're thrilled that you had a great time with us, even if the weather wasn't on your side!

We are extremely proud of our fantastic staff and are pleased that their helpfulness shone through during your stay.

We can't wait to welcome you back again soon!

Report response as inappropriateThank you. We appreciate your input.
This response is the subjective opinion of the management representative and not of TripAdvisor LLC
StephenC4541
Hinckley, United Kingdom
1521
Reviewed 24 October 2020 via mobile
Half term holiday

Just spend a great week at lytton lawn first time we have used a full service pitch. Really nice site toilet and shower block keep really clean and on site shop/ reception is well stocked and a good price. Staff are really friendly and are doing a great job with everything going on at the moment. We will definitely be back

Thank you for your review of your recent stay with us here at Lytton Lawn Touring Park. We're delighted that you enjoyed your half term getaway and that you found out facilities ideal for your stay.

We really appreciate your comments and look forward to welcoming you back in future!

Report response as inappropriateThank you. We appreciate your input.
This response is the subjective opinion of the management representative and not of TripAdvisor LLC
davidrapson
Crowborough, United Kingdom
32
Reviewed 19 October 2020
Not Lytton Lawn, more like Lytton field on a slope!!! And don't have a firepit!!!!

We have been to this site on 3 occasions now, first with the Retro Caravan Club, once on our own and now recently as part of an Eriba Caravan Group. We chose this site due to the fact our group of 6 were coming from different parts of the South East and we love the New Forest.

This visit was however the nail in the coffin for all of us. The pitches we were given were reminiscent of certain battlefields of the Somme, unkempt, virtually no grass extremely muddy and sloping downhill.

We appreciate the fact the weather has not been kind to the ground over the past few months, but there was no indication of service upkeep on the pitches, unlike the big white boxes whose pitches were perfect in most cases.

We arrived in the afternoon and after setting up, I placed my firepit (Which was off the ground as per the site Terms and Conditions) and about 5 or 6 metres from the fence line in front of our van.

I then started the fire which had just got started when the Warden came over and asked me if I was burning wood on the firepit? I fought the urge to be flippant and told him yes, it was wood. He then informed me and I quote "You can't burn wood on the forest" I scratched my head and asked what he meant by this, to which I was told "You can only burn Ecologs or charcoal as the sparks off the flames from real wood could ignite the trees and the sap they produce"

I stood in bewilderment at this absolute drivel and complete rubbish!!! 6 metres from the fenceline, damp trees, no wind, wet ground, the list goes on..... you get the picture.

I duly went and bought Ecologs to appease the warden, but was extremely annoyed to find that the terms and conditions do not state this is a requirement and nor does Hampshire County Council.

The next issue was when we asked if we could stay on the pitch for a little longer on the Sunday as we were all looking to have lunch at a nearby pub before we went on our way. No was the straight answer, "We don't do overstays" although there were lots of empty pitches along the bottom of the battlefield.

Prior to leaving the site, I donned my red leather gloves and picked up my firepit which had hot embers still in the bottom of it, and went to find a hot ash bin. Reminiscent of the receptionist in Little Britain "Computer says No" I was told there was no such receptacle?

I was then presented with a black PLASTIC dustbin with water in the bottom to place the embers into. Really???

I finish this rant by warning you all, this is not a great site, there are so much more better ones in the New Forest and yes you guessed it we will be going to any of the others next time.

Dear davidrapson,
We are sorry to read that you did not enjoy your stay with us at Lytton Lawn and that your recent visit was not a success. Unfortunately the New Forest has experienced a number of fires this season caused by campers and as such we have been working closely with the National Park in a bid to eliminate this problem. A local example of the damage that can be caused can be seen in the fire in Wareham Forest this summer, it devasted the woodland and its ecosystem. We will of course update our park rules to reflect this, when these are rewritten. It is a shame to read that you don’t plan on returning to Lytton Lawn.
Very best wishes,

Report response as inappropriateThank you. We appreciate your input.
This response is the subjective opinion of the management representative and not of TripAdvisor LLC
View more reviews
PreviousNext
123…57
<script type='text/javascript' crossorigin='anonymous' async onerror='__scriptLoadError(this,true);' src='https://static.tacdn.com/assets/I81Q5