US$72
View deal
Free cancellation until 21/04/29
Reserve now, pay at stay
Agoda.comUS$72
TripadvisorUS$72
Hotels.com
View all 13 deals
* Prices are provided by our partners, and reflect average nightly room rates, including taxes and fees that are fixed, known to our partners, and due at time of booking. Please see our partners for more details.
RBucks
London, United Kingdom
9332

Room was clean and adequate, although bath was very small. Breakfast was average one morning but better the next. Hotel requires more lighting on the stairs upto rooms as some lights were not working. There is no lift.

See all 93 reviews
Nearby Hotels 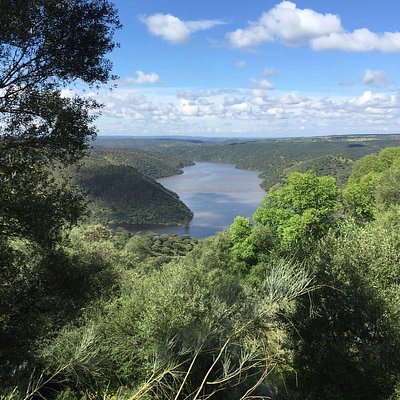 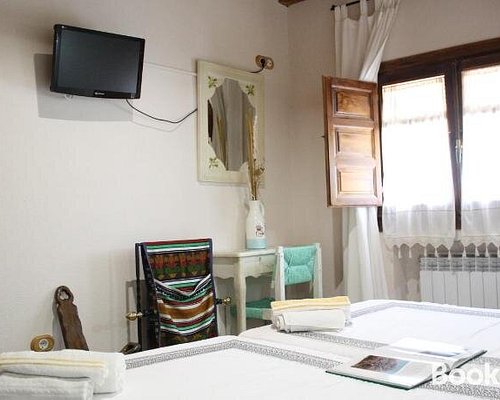 The accommodation was comfortable and the food was good traditional Spanish fare. Plenty of toast for breakfast and delicious fresh juice. The hotel had good WiFi and the bar was great for my football-loving husband who could watch Athletico Madrid v Bayern Munich one night and Madrid v Manchester City the next. The town is small but pleasant to explore and the closeness to Monfragüe is ideal for bird watchers and nature lovers. The only problem was with a dog nearby which barked all night.

This review is the subjective opinion of a TripAdvisor member and not of TripAdvisor LLC
Michael J
Reno, Nevada
10632
Reviewed 22 September 2015
Adaquate, 15 minute access to Monfraque Park and birding and the interpretative center.

Rooms clean, adaquate. Staff helpful. Breakfasts toasted bread with choice of topping (go for the tomate and jamon serrano), fresh squeezed oranges for juice, and espresso. Bar a favorite of locals; fotbol on one TV, basket ball on the other...Resturant great (see review under resturants).

This review is the subjective opinion of a TripAdvisor member and not of TripAdvisor LLC
jennifer084
Chelmsford, United Kingdom
2013
Reviewed 2 June 2014
Room 111 and more !

On arriving at the hotel we were not impressed by the outside of the premises. Besides the back of the building needing a good clean and paint, the front and side of the hotel was littered with rubbish this included the area where you could sit out to have a pre dinner drink, if you could tolerate the hoards of flies. (we sat out to have lunch in various places and did not have this fly problem) I am sure it was caused by the grubbiness. If you chose to go and have a drink in the bar then you had to put up with bull fighting on the TV.
Our room was quite small and basic, but clean, as was the entrance and stairs. The beds were comfortable, pillows not so good. clean towels were available every day. we left ours for a change and one of the clean towels was torn in three places. The shower holder was broken and the bath and sink were minus plugs. The bath was approx 3 feet long. The plastic runner on the base of the glass shower door was absolutely black with mildew. The bathroom was very small. The day after we were allocated this room we bought a bottle of bleach to eliminate the stench coming from the sink bath and toilet. It was a nauseating smell. The bleach helped but the last day of our stay it run out, and the smell returned as strong as ever.There was air con but you would need very efficient ear plugs to sleep with it switched on .
In the morning we were told we had to eat in the bar, where everyone called in for coffee, the tables were designed for 2, (there was 4 of us) and we had to use the window sill to hold our breakfast things. On one occasion 5 people were taken into the dining room and served a much better breakfast than us. the next morning my husband and I went into the dining room but were told "no" . on a second occasion another group were also allowed to eat in the dining room and again their fruit and pastries exceeded what we were offered over the 6 days. I would say however that it was the best breakfast over a period of 14 days.toast/butter/jam. maybe cheese or bacon or ham. yogurts offered on one occasion and also kiwi fruit and on another tinned peaches.
It was hard to grade this hotel as the evening meals were probably the best of all the spanish food we had, but quite a bit dearer than others.We shared starters and the man in charge was helpful friendly and aiming to please.

This review is the subjective opinion of a TripAdvisor member and not of TripAdvisor LLC
HugoB826
Mechelen, The Netherlands
1512
Reviewed 12 May 2013
Yummy traditional dishes.

We didn't stay in the hotel but visited the restaurant twice. It was very good. Traditional Spanish dishes. Delicious local wine. Large helpings, but it's no problem if you like to share. Very kind people. Attractive price level. Free wifi.