Booking.comUS$109
Priceline
TravelocityUS$129
View all 15 deals
* Prices are provided by our partners, and reflect average nightly room rates, including taxes and fees that are fixed, known to our partners, and due at time of booking. Please see our partners for more details.
ConAnticoGusto
Avezzano, Italy
16374

I have been here for one night on easter week end..all was perfect, food delicious and staff was kindly and at your disposal. Fantastic view on the Vico lake... Fine taste for dinner!
Strongly advisbale.. Top!More

Dear Guest, yours satisfaction is our best advertisement, thank you for the nice words best regards from all the staff of the Relais Sans Soucis & Spa.

Report response as inappropriateThank you. We appreciate your input.
This response is the subjective opinion of the management representative and not of TripAdvisor LLC
See all 317 reviews
Nearby Hotels 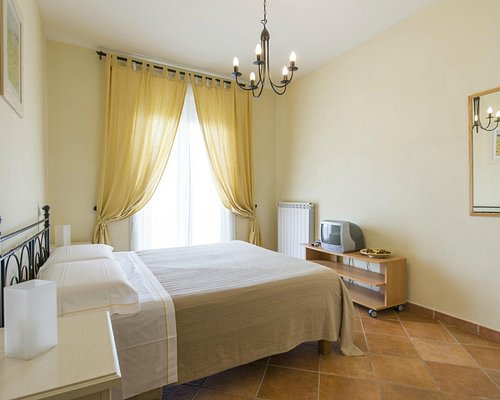 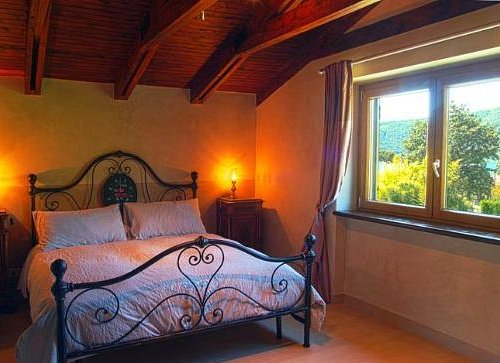 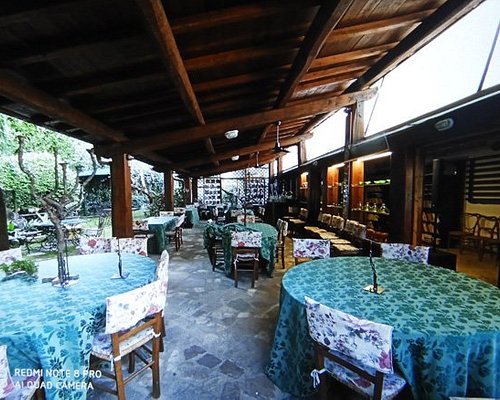 When we arrived at the Hotel, a lady received us with a lot of confusion and dislike. At first, calling my husband by someone else's name. After we identified she asked for our passport which was with her and only at the end after we asked her to give us back, another mistake, no hotel takes the passport and she did not want to return, only in the end.

She came to tell me that we had booked 2 standard suites, I tried to explain, telling her that we booked 1 junior suite, she insisting that there were 2 standard suites. When I took my cell phone and showed her the reservation voucher, she looked at me in amazement and said she was wrong, but that there were 2 junior suites. Again, tired from the road, trying to explain it, I try to say that we were married, so there was one room, not two.

Then she took us to a floor and made us enter into a messy suite, when she realized she asked us to leave quickly. Then she led us to another room that the chambermaid opened and when we entered she ran out saying that she forgot the key.. When we finally got into the right room, what a surprise, after all the hassle: horrible accommodations, room with a terrible odor, hard bed, narrow mattress, but the smell was the worst, cold room, really could not afford to stay in those conditions.

After some time we decided to leave and go to another place because that hotel, reception and posture does not match what we saw on the internet. As I made the reservation with a colleague who has agency we had already paid the 2 daily, now we are trying to reimburse without success.

I hope this testimony is useful for anyone who is planning to go to this place. DON’T GO! It’s terrible in every single way!

Dear Mrs Albuquerque, we are sorry to be informed about this, as almost every hotel, we asked for passaports to insert in our system all the informations and then we give back all the documents. We are surprised coz It's absoluty the first time we received those complaints and we are sorry while you were here you didnt mention any of those problems, coz we try to always satisfied our guests. When you left you informed everything was ok and that you were leaving coz the hotel was far from Rome.
Best Regards

Report response as inappropriateThank you. We appreciate your input.
This response is the subjective opinion of the management representative and not of TripAdvisor LLC
Bridget C
Cathedral City, California
82
Reviewed 28 September 2016 via mobile
The Best Part of Ronciglione....

Was Nausicaa at the reception of this fine hotel! She was warm, kind, caring, helpful, and gracious! What more could a guest ask?!
The place is stunning, quiet, delicious food and drink on site, a spa that is too amazing for words..
It's a definite 4 star hotel, but Nausicaa made it extra special!

Dear Mrs. Bridget, his satisfaction is our best advertisement, thank you for the words expenses with respect to Nausicaa, hoping to have you back as our special guests, on behalf of myself and all the staff of the Relais Sans Soucis & Spa, best wishes.

Report response as inappropriateThank you. We appreciate your input.
This response is the subjective opinion of the management representative and not of TripAdvisor LLC
Debbie B
London, United Kingdom
1328
Reviewed 5 August 2016
Wedding party for Jack and Laura's wedding

My husband and I were part of a large wedding party that took up a lot of the rooms I the hotel last weekend. We were all attending a wedding held in Villa Lina, 5 mins away in a car.
We all had the most fantastic time, relaxing by the pool, eating and celebrating in style.
The room we stayed in was a standard room at the front of the hotel. It was a little small, but comfy bed, crisp sheets fluffy towels and a great shower was all we really needed. The grooms mother and father that were in a suite at her top of the hotel were in a wonderful room, with a large terrace that overlooked the lake. The views were stunning.
The food was of a high standard and enjoyed by all in our group. Breakfast was very nice and filling, the coffee was the best I've ever had☕️
What made this hotel stand out from any I have stayed in before was the lengths the staff went to to make sure the weekend went as smoothly as possible. On Sunday the staff organised themselves into a group of taxi drivers who ferried us all up to Villa Lina for the Pool Party held by the newlyweds
Nothing was too much trouble and the whole team from the groundsmen to the manager deserve a medal each.
Thank you all for a wonderful stay

Room tip: Ask for a lake side view
Ask Debbie B about Relais Sans Soucis & Spa
1  Thank Debbie B

Report response as inappropriateThank you. We appreciate your input.
This response is the subjective opinion of the management representative and not of TripAdvisor LLC
donrushton
Pleasant Hill, California
1
Reviewed 14 July 2016 via mobile
Totally enjoyed my stay

We booked this hotel for one night in July but we enjoyed our room and the hotel grounds so much we decided to stay an extra day. Our room was lovely. It was a mini suite with a bedroom and sitting area. The view was amazing. We also had dinner in their dinning room and were quite pleased with that as well. The staff and particularly the manager couldn't of been nicer or more accommodating. We would recommend this hotel without hesitation. Peggy Parker

Dear MRS Parker, I'm happy in having met his expectations, thanks for the compliments, but especially a thank you from the whole of the relay team sans spucis & Spa, when he wants to come back we will always be at your disposal.

Report response as inappropriateThank you. We appreciate your input.
This response is the subjective opinion of the management representative and not of TripAdvisor LLC
PhoeniX186
Antwerp, Belgium
6530
Reviewed 27 June 2016
An enjoyable and quiet stay

Location: this hotel is located in a nice, quiet environment, and - depending on which room you have - gives an astonishing view over the lake. That being said, anything you want to do outside of the hotel immediately requires a car, because it's kilometres away from almost everything. There are no walking routes around the lake.
The room: our room (suite 202) was nicely compartmentalised in a sleeping area, a salon, a wardrobe area and the bathroom. The latter had a huge round window to the bedroom. Quite fancy, but maybe slightly awkward for shy people that you can see the other showering from your bed.
That window turned out to be a nuisance at night too, when you have to go to the bathroom and make light, which might wake the person still in bed. Especially since the light in the dressing area comes on automatically and can be seen from the bedroom.
The bed was large and comfy, the room spaceous and clean.
Food: the breakfast buffet was okay, but not extremely extensive. We did not have dinner there.
Service: all staff was very friendly and courteous.
Amenities: free wifi throughout the hotel. The spa was enjoyable, but the Turkish steam bath wasn't in operation though.
Conclusion: a good place to stay with only a few _minor_ inconveniences.

Dear Customer, thank you on behalf of myself and all the staff of the Relais Sans Soucis & Spa for the careful analysis of the holiday. Hoping to have you back as our welcome customers , with best regards

Report response as inappropriateThank you. We appreciate your input.
This response is the subjective opinion of the management representative and not of TripAdvisor LLC
View more reviews
PreviousNext
123…
<script type='text/javascript' crossorigin='anonymous' as