US$76
US$69
View deal
TravelocityUS$76
eDreamsUS$69
Orbitz.comUS$76
View all 16 deals
* Prices are provided by our partners, and reflect average nightly room rates, including taxes and fees that are fixed, known to our partners, and due at time of booking. Please see our partners for more details.
mgomez212483
Caceres, Spain
1

Most convenient location and services! Check in an out absolutely great! I wish all hotels, including 4/5 star hotels were so quick, professional and reliable. The fact that the kitchen is open till late is a plus. Will definitely come back and would recommend to anyone. Price was fair also. Bedroom very comfortable and clean.

Room tip: Comfortable, clean. Everything you need! Wifi working great!
Trip type: Travelled on business
Review collected in partnership with this hotel
This business uses tools provided by Tripadvisor (or one of its official Review Collection Partners) to encourage and collect guest reviews, including this one.
See all 228 reviews
Nearby Hotels 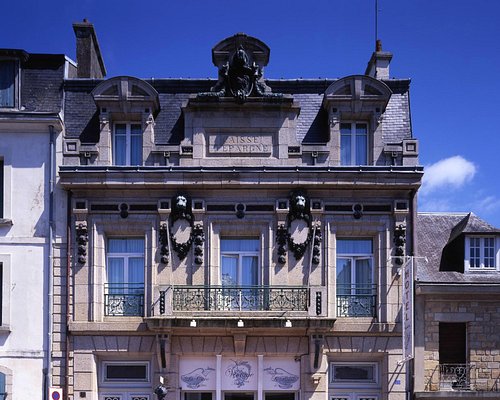 Le Vintage Hotel
US$118
Tripadvisor
View deal
Free cancellation
Pay up to 12X
Expedia.com
Booking.com
US$118
Hotels.com
View all 15 deals from US$118
85 reviews
2.2 km from Hotel Novalis
We compared the lowest prices from 15 websites 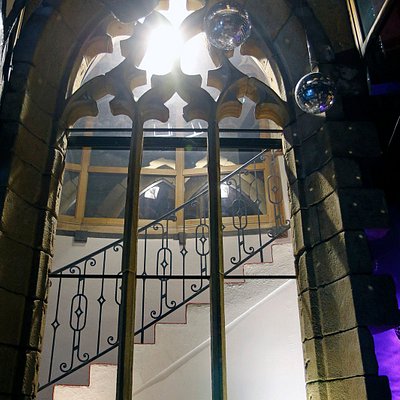 Le Brizeux
US$96
Tripadvisor
View deal
Free cancellation
Pay up to 12X
Expedia.com
Hotels.com
Travelocity
US$96
View all 11 deals from US$96
16 reviews
2.1 km from Hotel Novalis
We compared the lowest prices from 11 websites 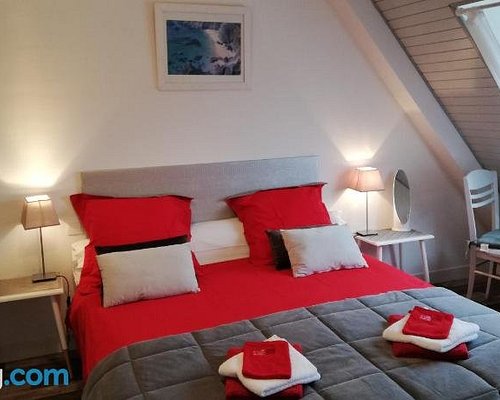 The hotel is very closed to the road from Lorient to Brest but not noisy. The room was large and very comfortable. The bathroom was brand new. The price was attractive.
Service is just perfect. nice welcome.

This review is the subjective opinion of a TripAdvisor member and not of TripAdvisor LLC
Gabrielle J
Barcelona, Spain
55
Reviewed 6 April 2014 via mobile
Dishonest thieves and pubic hairs everywhere

I arrived at the hotel only to find.. no one anywhere. The lobby was filthy and in disrepair, from ceiling to floor it was begrimed. There were sizeable stains in the hall and the lamps above my head were full of hanging dust. I waited one hour before a woman arrived and gave me my room key. The minute I walked in I realized this was NOT the room I paid for or was it the room advertised. In addition to it being outdated and small, there was NO walk in shower and the bath was filthy, all this I was willing to overlook. I pulled back the sheets and found multiple pubic hairs and that was when panic set in. I tried using the Wi-Fi, but it didn't connect. I pushed the button on the phone marked taxi, it hung up. I went to the front and asked the man to call me a taxi, at this point he was very sweet and offered me a ride. I declined and explained about the room being dirty. He apologized and told the woman to go check, which she did even though she was irked by it. She came back claiming I was lying and there was nothing. He offered me a new room and told her to take me to inspect it. On our way to the new room she took me into the original room and told me to show her the hairs. I did. At this point she looks at me and says "liar. Those are your hairs". I'm upset, but don't want trouble. I shake my head and ask to see the new room. The entire way down the hall she continues to belittle me calling me a liar and saying the hairs "dissapeared", even in the new room she pulled back the sheets and said "no hairs, so now you can't tell me there are any". I was fed up with her attitude and said "I think I'd like that taxi". She stomped off cursing me in French, continuing to call me a liar. When I got back to the front the man was less kind. I asked for a refund and he told me since I booked through expedia they would refund me, and made me pay taxes on the room and took copies of my passport. I asked him to call a cab again, and he replies "ok I'll call but I can't cancel just because you're cuckoo and change your mind". I finally get him to call and he makes me wait outside. The minute I get to my new hotel, I call expedia only for them to tell me they can't refund my money. I paid him, I only booked the room through them. They called and he not only refused to tell them his name, but he refused to refund my money.
This was the most horrendous hotel experience I have ever experienced. If I can save someone else that experience, I will. AVOID THIS HOTEL AND THIEVING MANAGEMENT AT ALL COSTS.