Le Capase Resort Salento
Lowest prices for your stay
Lock in the lowest price from these sites
US$369
View deal
TripadvisorUS$369
Hotels.com
eDreamsUS$369
FindHotel
Priceline
Expedia.com
View all 15 deals
* Prices are provided by our partners, and reflect average nightly room rates, including taxes and fees that are fixed, known to our partners, and due at time of booking. Please see our partners for more details.
Doug P
New York City, New York
311179 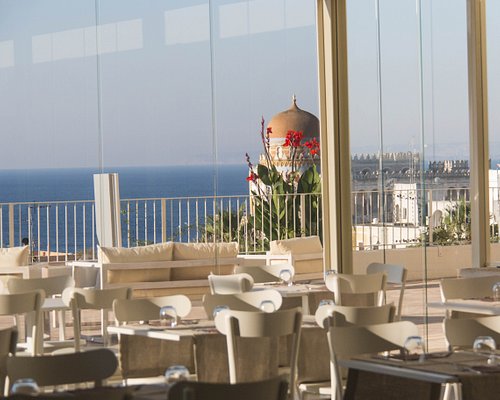 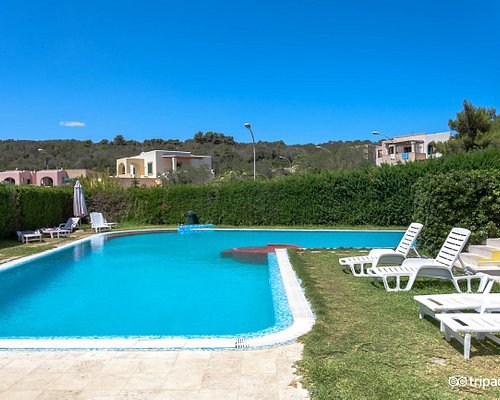 Hotels.com
View deal
Booking.com
US$77
ZenHotels.com
eDreams
US$77
View all 10 deals from US$77
191 reviews
3.7 km from Le Capase Resort Salento
We compared the lowest prices from 10 websites

Amazing views, beautiful nature, perfectly decorated rooms and common spaces , spectacular terrasses, great service with lots of attention, fantastic pool, good food ( great breakfast)
It is true that there is not a private beach ( but an incredible sea access through stairs in the rocks) , that the phone might not work, that it is an italian boutique hotel
( not an Hilton with standard services..) , that you need a car ....but the experience is just amazing, the landscapes breathtaking...
For us it tasted like paradise....

This review is the subjective opinion of a TripAdvisor member and not of TripAdvisor LLC
jbilik
Venice, California
15
Reviewed 28 July 2019
Stay Away: Fraudulent Representation, Deceitful Staff/Owner

My husband and I reserved Le Capase for a beach and pool vacation based on photographs, descriptions, and reviews. The reality was far different, which leaves us scratching our heads at the other reviews — from real people? Or 'bots? First of all, THERE IS NO BEACH ACCESS from Le Capase, no private beach whatsoever. The confirmation email we received from the onsite booking manager promised private beach access from the hotel explicitly, in writing. They did not say this at the time of checking in, hedged their responses when we asked, and then finally said there had been a storm that had blown away the beach steps and “You can’t help the weather.” They said the steps were in the process of being rebuilt and would be finished in a week. However, when we looked back to other reviews, one from 2017 said no sea access, and the word “beach” returned nothing. We asked why they hadn’t contacted us about this to see if we’d still like to come on this “beach holiday,” and they shrugged. However, we learned that there likely had never been beach access, and when we took it upon ourselves to hike to the likely beach access point, we saw construction for what appeared to be entirely new, vs. repaired, beach decks and stairs. Plus, Google Satellite from the past indicated no beach access, ever. THE POOL WAS UNHEATED, despite their having promised us a heated pool at check-in and alleging that the pool was indeed heated. It was freezing cold, and with the weather unseasonably chilly (around 70 degrees F), the pool would have had to be heated to enjoy and make the best of our vacation. They continued to lie to us about the pool having been heated -- trust us, you can tell. They provided you with one beach/pool towel per person, and there were no additional towels at the pool. Everything seemed designed to be as cheap as possible. The original room they had us placed in for, around 350 Euros per night, was off a corridor that looked like a bad old-folks home, the kind you see on news investigation exposés. The room itself was tiny and smelled of mildew. We asked if there were possible upgrades and were told that for about 80 Euros more, we could have a sea-view room, the “quietest” in their hotel. The room was little better (though still smelled of mildew), though the private patio overlooking the beach was indeed lovely, though plagued by flies (which other reviews reference), with no fly mitigation in evidence. It wasn’t so quiet after all, as there was construction going on, the pool machinery heard, and staff and construction people and other guests walking back and forth. When we'd tried the unheated pool, there was loud construction going on right above our heads, building a deck during HIGH SEASON at about 4pm, high pool time. When we asked about all these things, the reception person shrugged. We then decided to leave the hotel and get our money back on our four-night stay. The wi-fi was terrible, and after the reception person had said “Welcome to paradise, where there is no cell reception, you leave everything behind,” our cell service worked better than the wi-fi (but not great, making it difficult to research our next move). The cell service also jumped to Greece, not Italy, bringing additional international charges to our plan. When we announced we were leaving, the reception person (Lily) just shrugged, and the owner, who was sitting right there, didn’t look up from our computer. When we actually left, Lily said goodbye and the owner didn’t look up. We think this hotel may be a scam, because it’s so possible nowadays to take beautiful pictures of orange juice and flowers rather than showing what the entire thing actually looks like — which is not nearly as nice as what it was in real life. It was a classic case of the clash between expectations and reality — and terrible value for the money. When we called BofA to dispute the use of points to pay for the room, Simona the booking person asked to see the email that she herself had written promising private beach access. She still fought it -- and, sadly for us and unethical for BofA, won. Some of her tactics with BofA, with which we spent, quite literally, at least eight HOURS on the phone, only to lose? To say she didn't speak English (she does), but instead Spanish (they are Italian). BofA has a Spanish speaking agent, not Italian (huh, BofA?). They told us they couldn't go further until they got their Spanish agent for this Italian resort. Just another FYI, should you go to this sham -- YOU NEED A CAR WHEN YOU’RE THERE. Another thing they told us? Car optional -- but this podunk ripoff of a place is in the middle of nowhere, and your only option is their food and drink, and terrible wi-fi; it’s just not the kind of place that can provide everything you need for a full-service getaway. We are really shocked at how little they seemed to care and how much they changed their story about the beach and pool and the construction as we, and BofA, spoke to them about it. They are liars, and there's nothing more enraging than true LIARS. The only thing worse was that BofA didn't seem to care about our actual proof -- the emails from Le Capase itself, our dated pictures of construction, the dated Google Maps satellite images, Le Capase's changing store with BofA itself. There were other odd, inhospitable things (believe it or not), but best not to keep going here. STRONGLY ADVISE RESERVING SOMEWHERE ELSE!

This review is the subjective opinion of a TripAdvisor member and not of TripAdvisor LLC
stu18
Manchester, United Kingdom
100106
Reviewed 19 July 2019 via mobile
Well, we liked it anyway

It seems Le Capase isn’t everyone’s cup of tea but we really enjoyed our short stay here at the end of a two week tour around Puglia. Admittedly we had stayed in more luxuriously equipped hotels but none had the cliff top location (there definitely isn’t a beach) and spectacular view across the sea.

The service from the breakfast and dinner teams was also excellent and the food was good and not overpriced given that there’s nothing else around. Our rooms were also the best available with an ample terrace providing further views of the sea.

If WiFi is your thing, then this worked fine for our needs and it was fun seeing the time and location on our phones change between Italy, Greece and Albania depending where you were in the hotel, the hotel really is on the eastern edge of Italy.

All in all I can’t think of a reason not to stay here unless you’re looking for a beach holiday with lots of attractions nearby.

I don’t write reviews very often, but this was the second time we stayed here and it’s just perfect! We know Puglia very well, and for exploring Salento this place is amazing! Only hard thing is to leave the pool! The new chef is outstanding. Typical puglian cuisine and ingredients, but with a very elegant, creative and high-end twist. Truly something special! The waiters were very nice, super passionate and knowledgable, they had a story to tell for every dish! Go for the Salento experience! We cannot recommend Le Capase and the team there more and will continue to return to this paradise!

This review is the subjective opinion of a TripAdvisor member and not of TripAdvisor LLC
VicsterK
Manchester, United Kingdom
106
Reviewed 7 July 2019 via mobile
Fabulous in every way

We are only 24 hours into a week long stay (I already wish we had two weeks!), but I felt it important to give an update in light of the past two reviews.
I can completely understand the frustration of the reviewer who expected, not unreasonably, the sea access that had been promised. As a sea, rather than a pool person, I would have been seriously disappointed if I had come here to be told there was no access. It was a significant factor in our booking this property in the first place. I emailed Simona (the truly delightful manageress) when I read that review and she told me they were trying to get it fixed ASAP.

I can happily report as of the first week of July, that the sea access is open. I think they are still working on some finishing touches but you can get down and into to the water. Le Capase deserve credit for fixing it as it really is quite a feat given the major slope and the extremely rocky environment (I’d advise wearing some kind of beach shoe or rubber shoe to avoid scrapes).

As for the rest of the hotel, it’s just gorgeous. We had a full three course meal in the hotel restaurant and it was exceptional. Rooms are fabulous (we are in a ground floor Prestige room which is spacious and has amazing views). The staff are wonderful - from housekeeping, to waiting staff and Groundsmen. They are discreet but professional. As someone who travels to the top hotels with my work, I consider this to be as good as any hotel I have been to.