By Mikael F
“Interesting museum”
Sep 2020
... you can find the monument for Chiune Sugihara who was the Vice-Consul for Japan in Lithuania during World War II.
“This is a must for everyone to see but very moving and tragic. Never forget man's inhumanity to man.”
Aug 2020
... to see with Google Maps as it is located in a green wooden building at the rear of a series of apartment complexes.
Suggest edits to improve what we show.
Improve this listing
What is Travellers’ Choice?
Tripadvisor gives a Travellers’ Choice award to accommodations, attractions and restaurants that consistently earn great reviews from travellers and are ranked within the top 10% of properties on Tripadvisor.
Tours and Tickets
The area
Address
Best nearby
Restaurants
898 within 5 kms 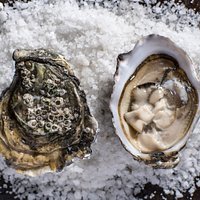 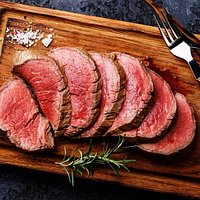 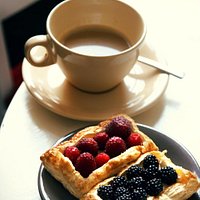 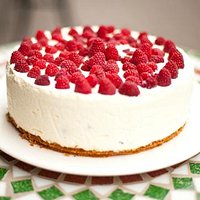 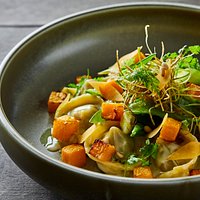 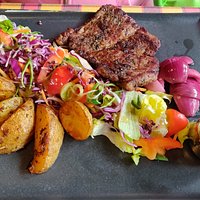 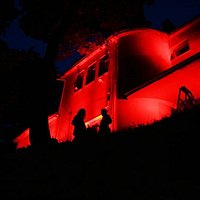 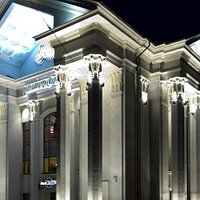 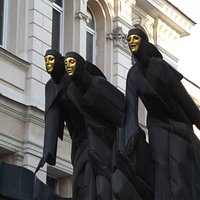 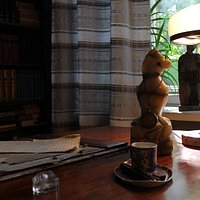 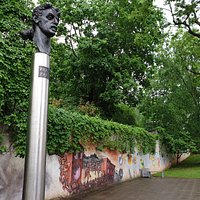 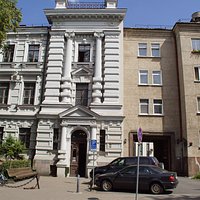 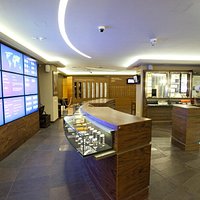 Money Museum of the Bank of Lithuania
467
0.5 kmSpeciality Museums 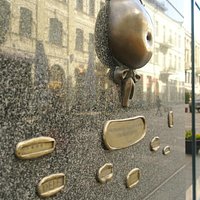 The Green House has the Holocaust Exposition which tells the history of the Lithuanian Jews and their tragic death during the Holocaust in 1941-44.

In front of the museum, you can find the monument for Chiune Sugihara who was the Vice-Consul for Japan in Lithuania during World War II. He helped several thousand Jews to leave the country by issuing transit visas to them.
Written 8 September 2020
This review is the subjective opinion of a Tripadvisor member and not of Tripadvisor LLC.

Manfromdublin12
Dublin, Ireland141 contributions
This is a must for everyone to see but very moving and tragic. Never forget man's inhumanity to man.
Aug 2020
The museum is located up a short hill and is almost difficult to see with Google Maps as it is located in a green wooden building at the rear of a series of apartment complexes. The exhibition is detailed and pulls no punches regarding the collusion of the majority of the Lithuanian in the holocaust of the Jews. There is a particularly moving and disturbing letter from the Archbishop of the time which really is upsetting regarding his position on behalf of the Roman Catholic church to the Jews and their extermination. As a former R.C. it is indeed shocking that any Christian could have written what he did at the time. However the museum treats the history in a balanced and respectful way and avoids finger pointing or blame and tries to tell the truth in a way that is represented by the documents that the perpetrators left behind. This makes it very objective . There is a lesson for everyone with an open heart and mind in this exhibition. Never forget what happened because it can and will happen again if the conditions of hatred and dehumanisation are allowed to flourish again.
Written 12 August 2020
This review is the subjective opinion of a Tripadvisor member and not of Tripadvisor LLC.

Petra T
Helsinki, Finland14 contributions
Very informative, but I wouldn’t bring kids here
Jul 2020 • Solo
The museum is small but there’s a lot of information written on the walls. Since the museum is mainly written information and photos, I wouldn’t bring kids here (unless they’re familiar with these kind of places). I had reached about a middle of the exhibition when a big group of kids (teenagers and younger) came there, apparently with their parents. The kids were understandably restless, loud, and moving around hastily. Surely it’s important they learn about the holocaust, but this might not be the right place for it.
Written 16 July 2020
This review is the subjective opinion of a Tripadvisor member and not of Tripadvisor LLC.

Hawk470
Baltimore, MD2 544 contributions
Compact yet comprehensive and most moving
Oct 2019
One of several locations of the Vilna Gaon State Jewish Museum, the Holocaust Museum – referred to as The Green House – because it is in a green house – provides a compact, reverent and informative environment in which to commune with the dead, attempt to comprehend the scope of the crime, if not understand it, and, if applicable, recall the world that existed for your ancestors murdered during that tragic time.

You climb the steps to the Green House, like the steps from the death pit at Paneriai. At the top, by the entrance, you see the monument to Chijune Sugihara, Consul of Japan in Lithuania, which reminds you that even amidst the worst possible inhumanity, some righteous people do whatever they can to help. Reminiscent of the Torii at the entrance to a Japanese Shinto Shrine, with its solid crossbar across the top. (The Torii separates the worldly from the sacred – like the transition from the everyday modern world outside the museum from the sacred memory within.) The monument differs from the Torii because the figure of a strong person holds it aloft instead of two vertical poles; holding it with the strength of Atlas, as Sugihara held those at risk aloft and saved as many as he could by issuing more than 2,100 vias to Jewish war refugees in 1940. In the Shinto religion, the shrine houses the Kami, spirits or holy powers worthy of veneration. An apt description of Sugihara and his righteous deeds.

Primarily photographs with clear explanatory text, the museum briefly covers the 600 plus year history of the Jews in Lithuania, including photos of famous 20th century Lithuanian Jews, such as violinist Jascha Heifitz and artists Chaim Soutine and Jacques Lipchitz, as well as an historical perspective on the Jewish religious experience in Lithuania. It then goes on to the Nazi conquest, the establishment of the ghettos, extermination, and resistance, as well as the Righteous Among the Nations. The photos of female Jewish partisans stand out most heroically for me. Their youth and determination shine from the pictures. After covering the deportation of Jewish Lithuanians to the Soviet Union, you reach the re-creation of an attic hideout that gives you a sense for what daily living was like under occupation. A short video brings the hideout, the “Malina”, to life.

If you like to walk, the route from the Choral Synagogue to the Vilna Gaon State Jewish Museum and then to the Holocaust Museum, will give you an informative and moving introduction to Jewish life in Lithuania past and present. The total walking time, one-way at a relaxed pace, is under half an hour.
Written 30 March 2020
This review is the subjective opinion of a Tripadvisor member and not of Tripadvisor LLC.

Nikoll M
Bratislava, Slovakia98 contributions
Worth your time.
Feb 2020 • Couples
Very informative exposition, there’s a replica of Vilnius bunker even. Helpful staff. You could spend good amount of time there. I do recommend.
Written 6 February 2020
This review is the subjective opinion of a Tripadvisor member and not of Tripadvisor LLC.

DanValmy
13 contributions
Holocaust museum
Jan 2020 • Couples
A bit hidden in a small road, but really close to city centre, it is a fantastic small museum. You absolutely have to visit this place.
Written 1 February 2020
This review is the subjective opinion of a Tripadvisor member and not of Tripadvisor LLC.

Starlight1967
Birmingham, Alabama270 contributions
Excellent Museum
Nov 2019
Visited The Green House on a Sunday. The information was laid out well and easy to understand. Heartbreaking stories that need to be told.
Written 16 December 2019
This review is the subjective opinion of a Tripadvisor member and not of Tripadvisor LLC.

Diamond2904
Buckinghamshire, England265 contributions
Emotive Exhibition
Dec 2019 • Friends
This small exhibition is about 10 minutesl walking distance from the KGB museum. Ring the bell to be greeted by a friendly lady. The exhibits show how the Jews in Lithuania have been treated. There is a replica of an attic upstairs. A small but thought provoking exhibition in Lithuanian as well as English.
Written 9 December 2019
This review is the subjective opinion of a Tripadvisor member and not of Tripadvisor LLC.

mancitymad65
Aldridge, UK174 contributions
Morning visit
Dec 2019 • Couples
For €5 you get a ticket to the holocaust museum and tolerance centre,they are about 10 minutes apart by foot.The holocaust museum is just off the back of the main street in a large green house.There are lots of original memorabilia,photos,paperwork booklets etc.There are 5 rooms full off literary contributions and books in English.A very humbling and poignant tour.Id you like history please go in early as it takes longer than expected due to the amount of literature,it is well worth the money I couldn't leave till I had read it all.A worthwhile trip.
Written 6 December 2019
This review is the subjective opinion of a Tripadvisor member and not of Tripadvisor LLC.

JadeMac
21 contributions
recommended
Nov 2019
small and precious holocaust exhibition, very well organized, the great jewish past together with holocaust memory.
Written 18 November 2019
This review is the subjective opinion of a Tripadvisor member and not of Tripadvisor LLC.
2
…
17
Showing results 1-10 of 165

Ayelet N
0 contributions
is the museum open on Saturday?

CARMEL_T579
THATCHAM33 contributions
I think it was open every day. Entry is very reasonable and for not much more, you can add entry to a Gallery.
Read all replies

Jacob G
Guildford, UK29 contributions
It is open 9-5 every week day and 10-4 Sundays. It does not open Saturdays.
Read all replies

michellefisher2002
Coventry, UK397 contributions
can you please tell me how much the entry is as i cannot find any info about times prices etc, people say its small but do you have a rough idea how long a visit would be, will only be in town couple days so i need to work it all out,many thanks

Sarah E
Lincoln, UK443 contributions
I seem to think it was €5 or less per person. There are lots of boards with pages & pages of writing on the wall. You could spend 3 or 4 hours there if you wanted to read absolutely everything- but that's tricky as at most points there are other people stood around too so your view is partially obstructed. I'd advise picking the bits that most interest you, in which case you can whizz round in a couple of hours quite easily. It isn't big, think large log cabin sized!
Read all replies
View all
Also popular with travellers
See all
Anything missing or inaccurate?
Suggest edits to improve what we show.
Improve this listing
Frequently Asked Questions about Holocaust Museum (The Green House)