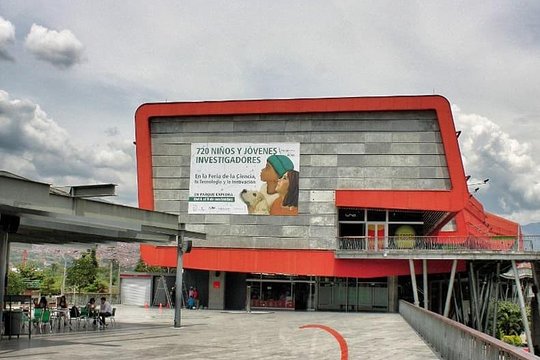 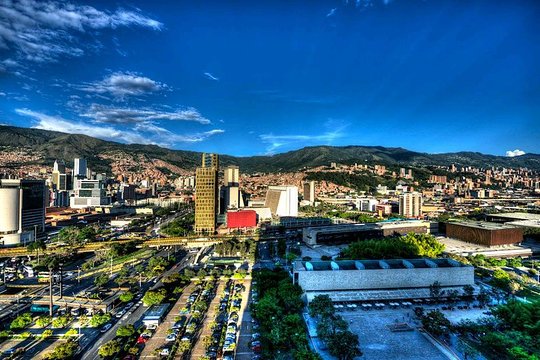 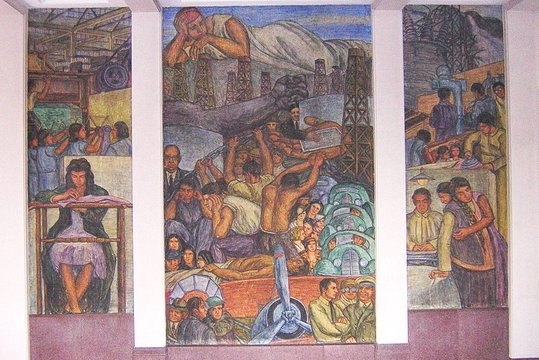 This product is unavailable to book via TripAdvisor. Contact the supplier for availability.
From
US$30,00
Free Cancellation up to 24 hours in advance
Low Price GuaranteeNo Booking Fees
Overview
Enjoy a complete Ciy Tour through the city of eternal spring. 4 hours tour of the sites of interest in Medellin, you can visit the Park of Desires, the Botanical Garden, Parque Explora (panoramic), Botero Square, Museum of Anthoquia, Palace of Culture, Pueblito Paisa and much more!

All our tours are done in Spanish, the option of the guide in English is an added and optional value that is described in the program; Yes, at the time of the tour we have bilingual guides, we will gladly provide the service in English and without additional cost, otherwise and if the vast majority of the group is Spanish speaking, then we will proceed to do the tour in Spanish.
What to Expect
Itinerary
This is a typical itinerary for this product

Botero Square, surrounded by the Museum of Antioquia and Rafael Uribe Uribe Culture Palace, is an outdoor park of 7,000 m2 that shows 23 sculptures by Colombian artist Fernando Botero, who donated these and several other works of art for the renovation of the museum in 2004. The plaza is located in an area of Medellín, Colombia, known as the "Barrio Antiguo".

The Medellín Metro is the denomination given to a network of mass transit systems that serves the city of Medellín and the Valle de Aburrá in Antioquia. The metro was the first modern mass transit system in Colombia and remains the only metro system currently in the country.

The Parque de los Pies Descalzos is a Colombian public space of the city of Medellín, created by the Empresas Públicas de Medellín in the administrative area of the city, right in the center of it, adjacent to the Interactive Museum EPM, the Metropolitan Theater, Plaza Mayor and the Intelligent Building; and close, among other urban landmarks, to the La Alpujarra Administrative Center, the Church of the Sacred Heart of Jesus, the Medellín River and the Alpujarra and Cisneros Metro stations.

At the top of Cerro Nutibara is the Pueblito Paisa, an allegory to the municipalities of the Paisa Region built in 1977. There is also the Open Air Theater "Carlos Vieco" with a capacity of 3,800 spectators, raised in tribute to the composer Carlos Vieco Ortiz. And finally, there is also the Parque de las Esculturas, created in 1983, which is a permanent exhibition of sculptures made by eleven national and international artists and installed in the natural environment of the hill, and where visitors can appreciate this art in a short tour of its slopes.

The Botanical Garden of Medellín Joaquín Antonio Uribe is a botanical garden of about 13.2 hectares, located in the Colombian city of Medellín. It has an enclosure for events called the Orquideorama, an architectural place for the exhibition of flowers. The Garden has the condition of being a center of culture and environmental and botanical education, of enormous floristic richness, and houses more than 1,000 living species and 4,500 individuals.

Today converted into a monument to nature, also transformed in 2007 into an architectural jewel, this place dates back to the 19th century, when there was only there the so-called Casa de Baños el Edén, a typical family restaurant. Later, at the beginning of the 20th century it was successively called the Centennial Forest of Independence and later only El Bosque, an appellation with which it lasted more than 50 years, as well as its traditional facilities, a large central lake with canoe navigation, walks in donkey and naturally some botanical species.

Write a review
Traveller rating
Traveller type
Time of year
Language
Selected filters
Popular mentions
ROBERT R wrote a review Dec 2019
5 contributions
City tour
I never took the your!@! Tour was booked as English, yet no one spoke English when the guides arrived. I understood that the operator was catering to the majority...but NO ONE SPOKE ENGLISH AT ALL !! We had to book another tour from the hotel.
Read more
Date of experience: December 2019
Helpful
Share
Response from samuleto01, Manager at City Tour Medellín
Responded 18 Dec 2019
Todos nuestros tours se hacen en español, la opción del guía en inglés es un valor agregado y opcional que se encuentra descrito en el programa; sí en el momento de hacer el tour tenemos guías bilingües, con gusto prestamos el servicio en inglés y sin costo adicional, de lo contrario y si la gran mayoría del grupo es de habla hispana, entonces se procederá a hacer el tour en español. Muchas gracias y feliz día.
Read more
Guide654991 wrote a review Nov 2019
3 contributions
City tour
Its a tour that should be seen by everyone who is visiting Medellin. Camilo as our guide , was amazing. He is knowledgeable, professional and caring. Crema is a MUST , should try it. I highly recommend Camilo. 🌷🌷🌷
Read more
Date of experience: November 2019
Helpful
Share
Response from samuleto01, General Manager at City Tour Medellín
Responded 11 Nov 2019
Thank you very much for your opinion, we deeply appreciate that you take us into account and we are happy that you enjoyed our services. We hire the best team of collaborators to provide the best up-to-date service. Thank you very much and we hope you come back soon !!
Read more
About the operator

This experience only has a few reviews, but you can read what other travellers have to say about the operator.

robertrU8604QG
30
City tour
I never took the your!@! Tour was booked as English, yet no one spoke English when the guides arrived. I…
Read more

Guide654991
30
City tour
Its a tour that should be seen by everyone who is visiting Medellin. Camilo as our guide , was amazing. He is…
Read more

Zacchaeus C
10
They didn’t show up
My friend and I booked this trip and no one showed up when it was time to actually go on the trip to Guatape. We…
Read more