Discover and Taste Jordan in 8 Days
By: Booking Wonderful
4 reviews 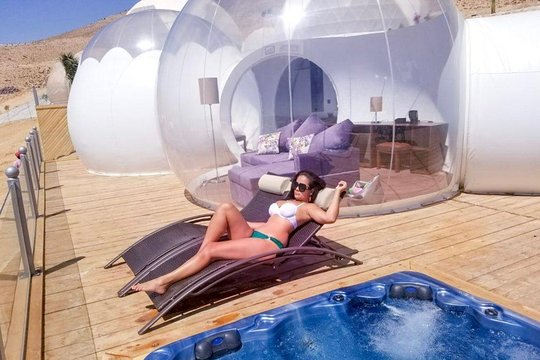 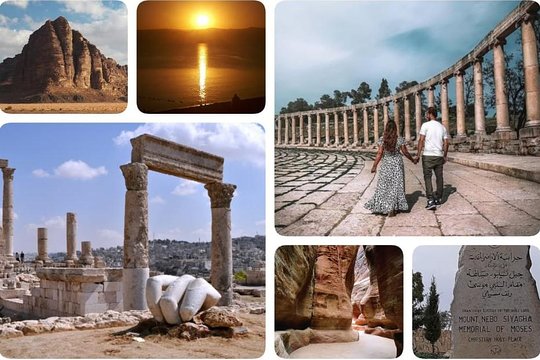 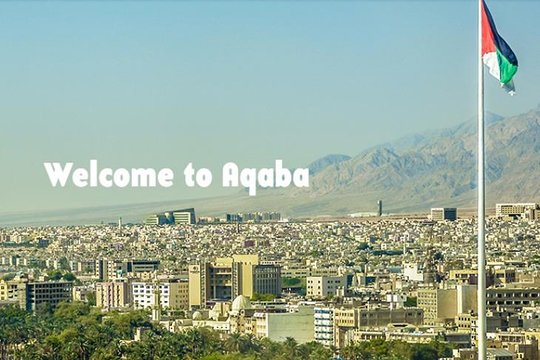 Select Date and Travellers
From
US$564,00
Date
2 travellers
Options
Free Cancellation up to 7 days in advance
Low Price GuaranteeNo Booking Fees
Overview
What to Expect
Itinerary

If your flight will arrive to Amman early we can advise some activities, please contact us for the supplement. Mobile & WhatsApp: +962790567124 (Emad).
Duration: 6 hours

Stop At: Umm Qais Museum, Umm Qais 21986 Jordan
Site of the famous miracle of the Gadarene swine, Gadara was renowned in its time as a cultural centre. It was the home of several classical poets and philosophers, including Theodorus, founder of a rhetorical school in Rome, and was once called “a new Athens” by a poet. Perched on a splendid hilltop overlooking the Jordan Valley and the Sea of Galilee, Gadara is known today as Umm Qays, and boasts an impressive colonnaded street, a vaulted terrace, and the ruins of two theatres. You can take in the sights and then dine on the terrace of a fine restaurant with a breathtaking view.

Pro-tip: While some tourists drive directly from Amman to Umm Qais, most take the opportunity to visit Jerash or Ajloun along the way
Duration: 1 hour 20 minutes

Stop At: Pella, Jordan
The site of Pella requires a lot of walking in order to grasp the sheer size of this ancient city. Amongst the Roman ruins are a theatre, Roman baths and a fountain house. There is also an Islamic quarter with a mosque and courtyard. Visitors can also explore the ruins of churches and houses from the Byzantine era.
Duration: 30 minutes

Stop At: Ajlun Castle (Qala'at ar-Rabad), Ajlun Jordan
The marvels of nature and the genius of medieval Arab military architecture have given northern Jordan two of the most important ecological and historical attractions in the Middle East: the sprawling pine forests of the Ajlun-Dibbine area, and the towering Ayyubid castle at Ajlun, which helped to defeat the Crusaders eight centuries ago. Locals often take advantage of the green landscapes of Ajlun to take a break from city life and connect with nature.
Duration: 1 hour

Stop At: Jerash Ruins, Jerash Jordan
Jerash is an amazing blend of Greco-Roman and Oriental influences. A great place to visit during the spring with its beautiful rolling hills and lush greenery, Jerash has a rhythm not seen anywhere else in Jordan. Also, every year Jerash hosts the Jerash Festival of Culture and Arts, a three week summer program filled with folk dance, music, and theatrical performances.
Duration: 3 hours

Stop At: Madaba Mosaic Map, Inside St. George's Church, Madaba Jordan
Madaba is a combination of rural home life and a hot spot for religious tourism. Known as the “City of Mosaics” Madaba is the cultural epicenter for Byzantine and Umayyad mosaics.
Duration: 30 minutes

Stop At: Mount Nebo, Madaba Jordan
Mount Nebo is a sacred mountain in Jordan standing almost 1,000 meters high. The base of the mountain can be reached within 15 minutes by car from the center of Madaba. From the top of the mountain, visitors can see The Dead Sea, Bethlehem and even Jerusalem on a clear day.
Duration: 1 hour

Stop At: Dead Sea, Madaba Jordan
Enjoying a relaxing day in dead sea, the lowest point in the world, and heading

Stop At: Petra - Wadi Musa 77110 Jordan
Exploring the south of Jordan , arriving to Petra , one of the world wonders, to

have a great time in the desert and rocks.
Duration: 8 hours

valley, to see the most incredible sunset ever.
Duration: 17 hours

Stop At: Aqaba Marine Park, Aqaba 77110 Jordan
After waking up to the sunrise and a simple breakfast in the desert, you’ll head to Aqaba, Jordan’s only port with access to the Red Sea. Enjoy a boat ride on a glass bottom boat, enjoying views of the coral, and also views across Jordan, Israel, Egypt and Saudi Arabia. Time to swim and snorkel from the boat, over coral and view the fantastic range of tropical fish.
Duration: 5 hours

Day 8: QAIA in Amman or KHA in AQABA

Write a review
Traveller rating
Traveller type
Time of year
Language
Selected filters
Popular mentions
Amanda johan wrote a review Nov 2019
Rome, Italy4 contributions2 helpful votes
Finding better is impossible!
We had a pleasant stay with Emad. Not being passionate about history he was able to go straight to the point and capture our attention. The program is complete and well orchestrated. The chosen hotels were very good. A flexible program according to your desires If you want to…
Read more
4 Helpful votes
Helpful
Share
Raaga R wrote a review Nov 2019
2 contributions3 helpful votes
We came as guests and left as Friends!
Travelling with Booking Wonderful was truly wonderful. It is very important to feel safe when you are in a different country and Emad made sure we did from day 1 till the day we got dropped off at the airport! He and his brother took very good care of us and especially my mom :)…
Read more
Date of experience: November 2019
7 Helpful votes
Helpful
Share
Niel.no882 wrote a review Nov 2019
Texas City, Texas4 contributions2 helpful votes
Best holiday of our lives! We're not exaggerating!
"Excellent service from begining to end!" We contacted Emad and from that moment the service was just perfect. From the advice on which sights to take into the journey, to the hotels we should choose for our stay. During the trip they kept regular contact with our awesome…
Read more
Date of experience: November 2019
4 Helpful votes
Helpful
Share
About the operator

This experience only has a few reviews, but you can read what other travellers have to say about the operator.

Errol.r
New York City, New York
12
Professional Tour Ever!
Overall, we were happy with the arrangements of our trip. Emad was quick to respond and catered to our request.…
Read more

Shahriar
12
Amman to King Hussein bridge trip
Great service! Ready to pick us up on time. Very friendly and spoke English which was definitely helpful for us.
Read more

Dmitry Sokolenko
12
Wonderful experience
We had a long journey with Mr. Emad through the Jordan from the Umm Qays (Gadara) on the north to the Red Sea…
Read more

duende37
Bangkok, Thailand
158
Tour of Amman and Dead Sea
This was an amazing day-long your if sights in Amman followed by an extra trip during the afternoon to see the…
Read more

angela c
Paris, France
14
Perfect experience!
We had a trip from Amman to the Dead Sea, wadi rum and Petra. We threw a half dozen changes into the trip and…
Read more

Cehage
46
Professional guide service.
Great service with integrity and competence. I will use Emad and his crew again. I highly recommend!
Read more

Cehage
46
First rate service!
I have traveled the world and this was some of the best service I have ever had. On time, flexible, and willing to…
Read more

Cehage
46
Amazing tour!
I booked a trip with Emad for my family and some friends. We received excellent customized service going to…
Read more

Cehage
46
Fantastic Service
I booked a trip with Emad for my family and some friends. We received excellent customized service going to…
Read more